Posted On February 4, 2014 By Brian Wray In Sports, Sports Takes

In tennis, Great Britain took the Davis Cup tie over the United States with only one player ranking inside the top 100. How?

They hit the ball really really hard. On Friday, James Ward shocked the crowd at Petco Park by defeating the much higher ranked Sam Querrey. The match that needed to be won by the United States was lost, and there was no recovery for the rest of the weekend. I attended matches at Petco on Sunday and witnessed the British capture of the tie, after Andy Murray defeated Querrey. It was a fun environment (being in a baseball stadium and all), but was the capping of a tough weekend for Sam Querrey and The US team. 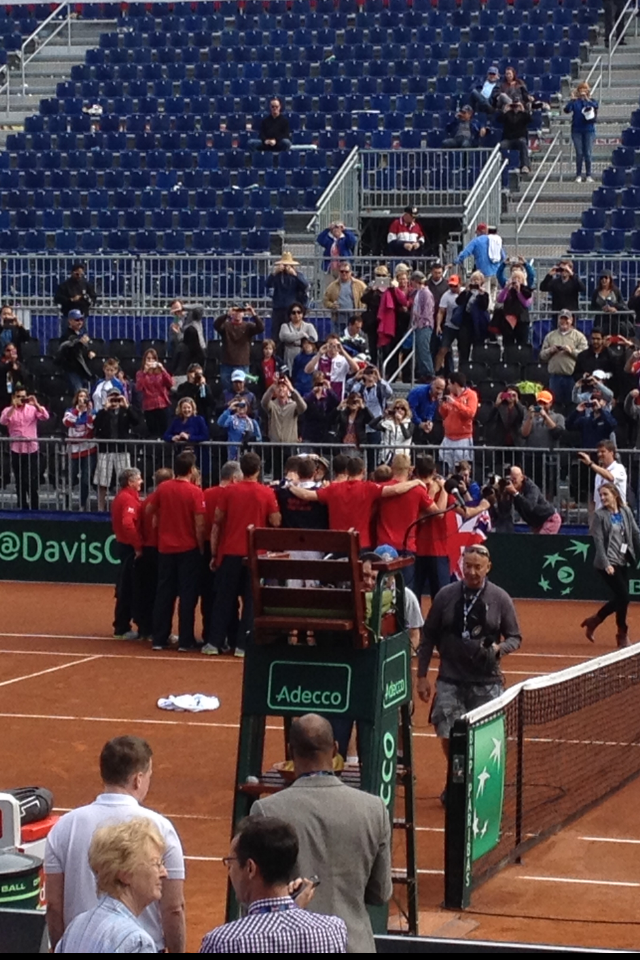 Britain bested the USA in the Davis Cup last weekend.

Then you had the Super Bowl. Hmmm…. That was my reaction throughout the entire game. As good as the Seattle defense can be, it was hard to comprehend a blowout of such colossal magnitude. But Seattle took San Diego’s blueprint of how to beat Manning to heart (referring to that Thursday night game in December where the Chargers took it to the Broncos; not the playoff game in which Denver disposed of San Diego without much trouble). When you put pressure on Peyton, good things will happen for your defense. Heck, the guy in this clip had more of an impact on Seattle’s defenders than Denver.


I suppose the NFC title game proved to be the real Super Bowl. With that, another exciting year of football comes to an end as the seven month pigskin withdrawal begins.

What’s next? The Olympics, March Madness, NBA, spring training, warmer weather. A happier time is upon us as we leave football in the rearview mirror. Hard to believe, but it’s true…at least in terms of the warmer weather.