Posted On January 1, 2014 By Ascher Robbins In Sports, Sports Takes

Well, the playoffs are set, coaches are getting fired, and 20 NFL teams have turned into spectators for the rest of the NFL season. Much will be written about the upcoming playoff matchups, but before we discuss what is to come, let’s first look back on some the biggest stories of the 2013 regular season that was…

While the obvious choice here would be the Kansas City Chiefs rebounding from a dismal, 2-14 season in 2012, there are other teams that have turned around in major, surprising ways. The Philadelphia Eagles wrapped up the (incredibly weak, but still) NFC East in their first year under Chip Kelly. The Chargers came back from their worst season in recent memory to somehow improbably claim the AFC’s final playoff spot. But for me, nobody was more impressive than the Carolina Panthers. The Chiefs, Eagles, and Chargers were all nice stories, but none of them have the legitimate contender status that the Panthers do heading into the postseason. In a critical year for head coach Ron Rivera, the Panthers seem to have finally reached their potential, and look like a scary team in the NFC picture. 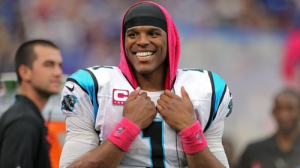 It’s been all smiles for Cam Newton and the Panthers this year.

Pretty simple here: it had to be either the Texans or the Falcons. I think the Falcons were more disappointing for several reasons. While the Texans were certainly thought to be a whole HELL of a lot better than their atrocious 2-14 record (they were projected 10.5 wins by Vegas), they can at least explain away most of their horrendous season, as they lost Arian Foster, Ben Tate, Brian Cushing, Owen Daniels and several others, and played most of the season with The Ghost of Matt Schaub at quarterback. The Falcons, meanwhile, accrued their 4-12 record with only one major loss in Julio Jones – but they were terrible while he was healthy too. Yes, Roddy White was also hobbled. But the Falcons achieved their ineptitude with a sieve of a defense, one that allowed approximately 10 points-per-game more than the 2012 version of the Falcons that went 13-3. While the Texans have the hope of a new coach and first overall pick, as well as getting some of their studs off of IR for next season, the Falcons have major questions that need to be addressed going into 2014. 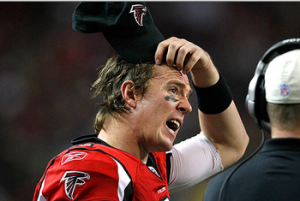 It was a headscratcher of a season for Matt Ryan & Co.

Going into the 2013 season, there was lots of talk about which quarterback from the 2012 draft class was the best. That discussion included Russell Wilson, Andrew Luck, and Robert Griffin III. It most certainly did not include Nick Foles, who, without a doubt, was the most impressive sophomore quarterback this season, statistically and according to the “eye test.” In playing just ten full games, Foles, who began the season as Mike Vick’s backup, threw for 27 TD’s and TWO picks. Insane statistics, no doubt, but they are even more impressive in context. Foles’ TD totals and QB Rating exceeded all three of the other notable sophomore QB’s, as well as Tom freaking Brady. If you say you saw this coming from Foles, you’re lying. The “Best QB of the 2012 Draft” argument, is now a four-man race, and if Foles and the Eagles make some noise in the postseason, he may find himself as the favorite. 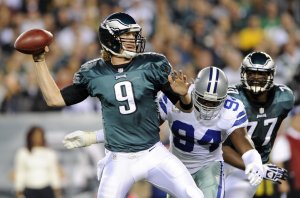 Nick Foles has given Eagles fans a hope that’s been missing for about sixty years.

There were a lot of players that could have earned this dubious distinction this year: Eli Manning and his three million (only slightly exaggerating) interceptions, Matt “Pick Six” Schaub, Robert Griffin III and his sophomore slump, Mike Wallace’s lackluster Miami debut, the entire rookie QB class…the list goes on. But nobody was more of an absolute flop than Mr. Richardson. The centerpiece of one of the biggest midseason trades in recent history, Richardson was traded from the Browns to the Colts in September. At the time, nearly everyone blasted the Browns for letting a future superstar get away. Now, however, the Browns look brilliant, and the Colts look like they got trade-raped. After becoming a Colt, Richardson struggled mightily to keep his YPC above 3.0, and as the season progressed, lost more and more touches to the superstar that is Donald freaking Brown. Richardson’s 2013 saw him go from being thought of as a future star RB to being thought of as one of the biggest busts of the 2012 draft. Whether he can resurrect his career remains to be seen, but for now, Trent Richardson has the dishonor of being the most utterly uninspiring player of 2013. 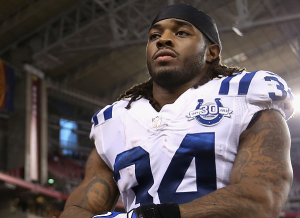 Trent has been most productive here this season: on the bench.

The Best Game of the Season: Eagles vs. Lions, December 8th

This could have gone a number of ways. The high-octane Broncos vs. Cowboys thriller was perfect if you love an obscenely high-scoring shootout. The absolutely ridiculous 22-20 (in the last four minutes) fourth quarter of the Vikings vs. Ravens game was one of the most improbable finishes to a game we’ve ever seen. But my favorite game of the year, didn’t have the closest result of the year. No, my favorite game was the absolute shitshow of a game between the Eagles and Lions on December 8th…you know, the game played in approximately twenty feet of snow. The Eagles might have ended up winning comfortably, but if you’re like me, you know THAT is how football is supposed to be played. I mean, really, there couldn’t have been a more entertaining game to watch than this, right? (gif related).

Ok, I’m a hardcore Broncos fan and anything I write here is probably going to come off as biased, so for Christ sake, let’s just let the stats do the talking. If you think there was anyone in the NFL better than PFM this year, you’re either a bitter Chiefs fan, or you just werent watching. 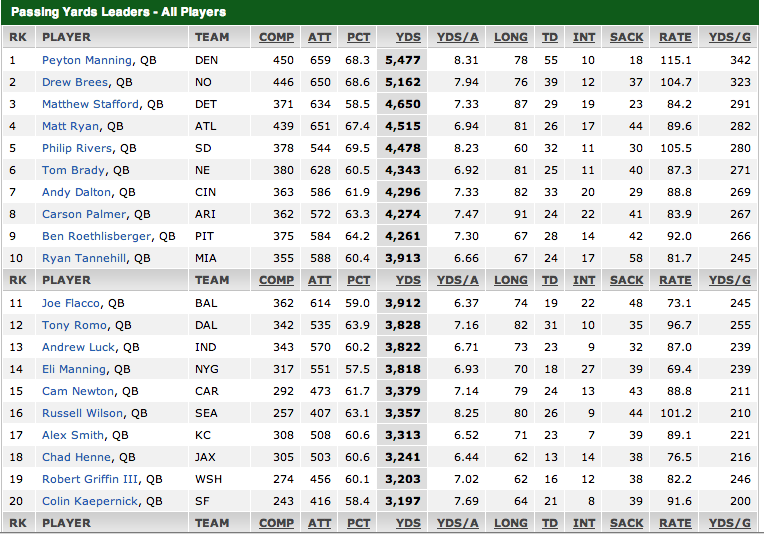 In the regular season, nobody in the AFC dominated quite like the Broncos, and in the NFC, the Seahawks were nearly infallible. Which team is ultimately the best, will, in a perfect world, be resolved this February in New York. 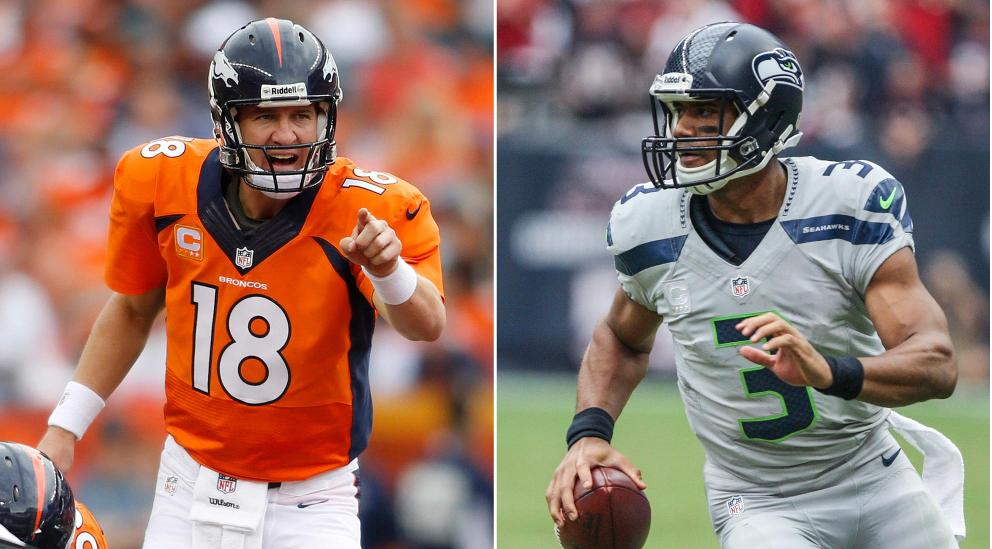 Aren’t all objective fans hoping for this matchup?