Posted On January 25, 2014 By Renée Rapin In Buzzworthy, The Scene

Okay, this one just blows my mind. Poor Steven Gove was out on his paper route biking with all the reflective and flashing gear to keep him safe. However, that did not stop a driver from smashing into him, causing him to become lodged in the windshield. The driver did not say anything to Gove, and continued on his drive home. He proceeded to run a stop sign, hit another vehicle and then park his car. The driver finally noticed Gove and asked “Who are you? What are you doing in the car?”

Am I the only one a little bit confused, here?

Apparently, the man just left Gove in his windshield and went into his house. Gove was treated at the hospital for minor injuries and is doing okay. The driver was identified, and faces several charges including suspicion of drinking and driving….you think?

What really gets me is that according to news sources, the same thing happened back in 2007. Another driver managed to lodge a man in his windshield and left him there while he went in his house and fell asleep peacefully.

So. HEY EVERYONE. If there is someone stuck in your windshield…IT’S NOT OKAY.

I guess I can relate. Fights are always more fun when food is involved. (Any UCSB readers from the class of 2012 remember that glorious day in the DLG? Mhmm.)

So there’s really not much to explain here that the title doesn’t already. Two teenage boys were caught on surveillance stuffing panties into their shopping bags. If anyone is curious, 850 V.S. panties equates to $11,725. Maybe this is a lesson for Vicky not to charge so much for their underwear. But my real question for the criminals…why panties? Could it have been a super fun sleepover dare? Or the teen boys wanted to impress their girlfriends? I’ll let you readers ponder this as your take home for today.

This story is really just interesting and kinda cool. There is a 1,400-tonne, 100 meter ghost ship floating somewhere in the Atlantic and it’s worth a million dollars. According to Maritime law, if you throw a rope on a lost vessel, it’s yours! Apparently this ship – called the MV Lyubov Orlova – was lost after a tow line broke and floated out to sea with no crew or tracking beacon. Scientists thought the ocean currents would push it to Europe. But after a few months of no ship, they’re starting to take back their theory. 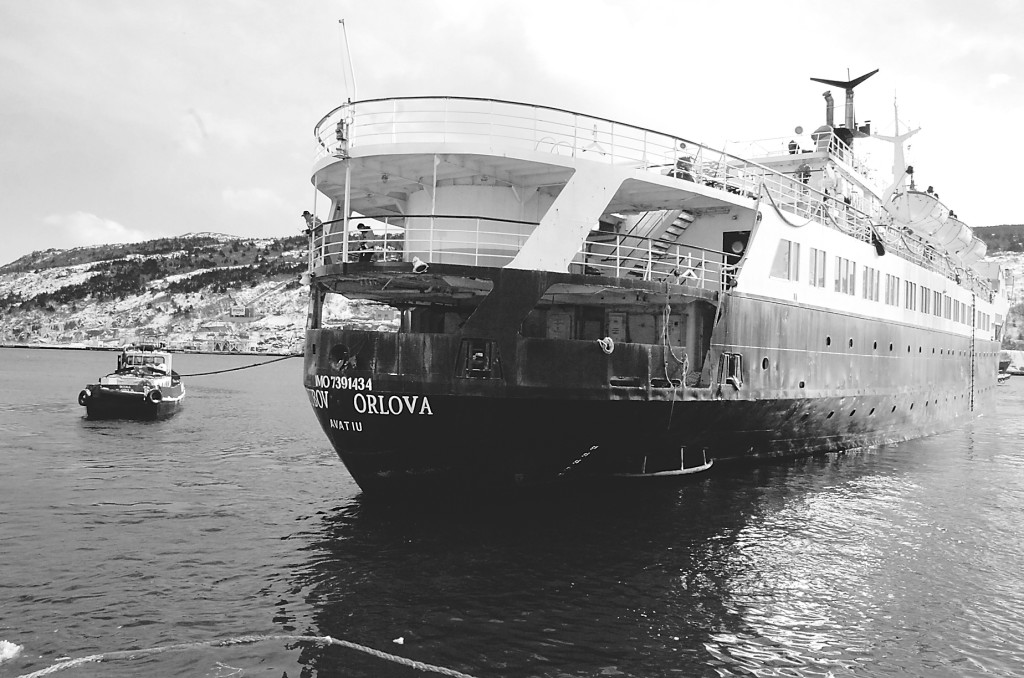 I’m sure some of you are frantically Google Mapping the Atlantic Ocean right now trying to use your 1994 Battleship skills to find it but sorry, the satellite cameras have pretty crappy resolution. The Dutch, as well as the Irish, have tried and failed to find the ghost ship. Quick! Someone call Captain Jack, let’s go on an adventure!

As always, thank you to the citizens of the world – don’t stop being you!