Posted On February 3, 2014 By Brandi Bravo In Buzzworthy, The Scene

Mars in Heaven: A Look at the Super Bowl 48 Halftime Show

Ahh…the Super Bowl. If you’re anything like me, it’s a time for merriment, poor eating habits, a chance to see David Beckham running half-naked, and, best of all, a kickass halftime performance. Bruno Mars was the league’s pick for 2014 and yet, regardless of the artist’s proven talent and popularity, many critics questioned whether the fresh young performer was ready to live up to the likes of last year’s show brought to us by the amazing Queen Beyonce. After delivering a killer performance complete with drum solos, heartfelt messages from our troops overseas, and just the right amounts of funk, rock, and soul, it seems Bruno Mars is officially part of the big leagues. 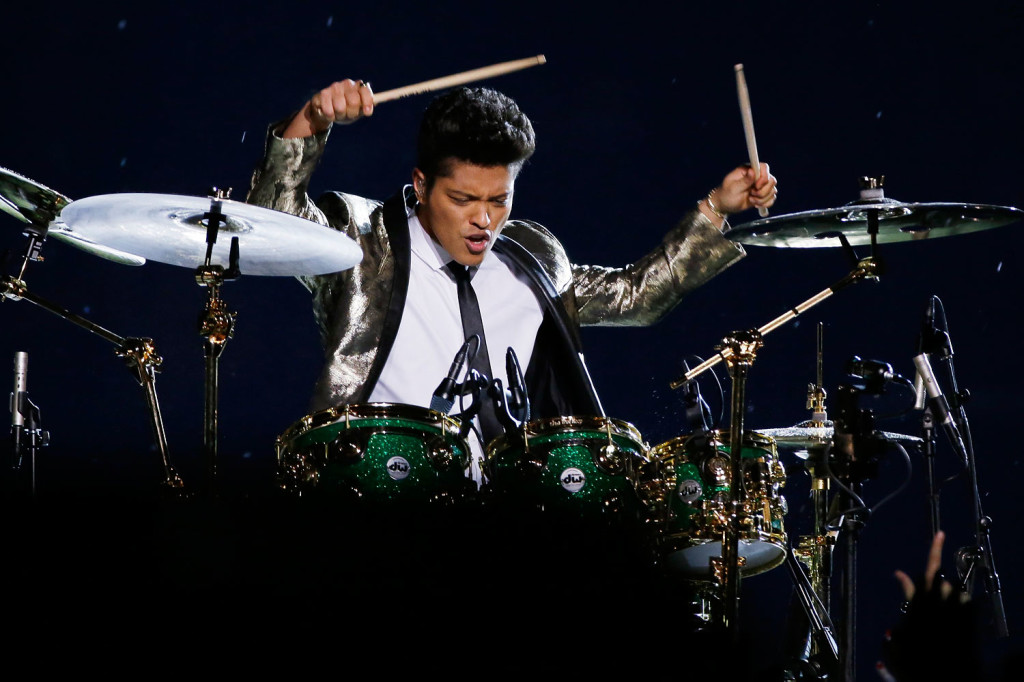 I tuned into the halftime show with the expectation that Bruno would be bringing a serious dose of soul to the halftime performance, but did not expect the artist to get down and dirty and really show the shades of his diversity.  Mars put his game face on and surprised his largest audience to-date by opening the show with a drum solo that was the perfect kick-off to the rest of the show.  From then on, the show was the perfect showcase of Bruno’s diversity.  Mars channeled his inner Sting and James Brown with impeccable flair as he sang and danced to “Locked Out of Heaven” and Brown’s “Runaway Baby” with flawless energy and charisma. With such unexpected knack, the Red Hot Chili Peppers performance almost seemed a bit intrusive.  Could Bruno have carried the rest of the halftime show on his own?  More than likely, although it was pretty neat to see how far Bruno is able to stretch his genre.  With that said, it’s obvious that Mars definitely gained a much stronger and diverse fan base after tonight’s performance, regardless of his status as a relative-newcomer to the lovely world of pop music.  What Bruno Mars lacks in tenure, he makes up for in sheer talent and charisma, and therefore deserves all the praise usually bestowed upon more “seasoned” Super Bowl artists such like Beyonce, Prince, and Madonna.

A big, whopping, heartfelt A+ to Bruno Mars and his team for bringing some life to an otherwise uneventful Super Bowl. See the full performance below.

Brandi Bravo is a writer for Writtalin. Brandi is an admitted makeup hoarder and glitter addict. She is an avid sister to the feminist community and the Church of Gaga. Brandi is a level 40 Wood Elf and doesn't know what she wants to do with her *real* life outside of Skyrim. You can email Brandi at: brandib@writtalin.com