Posted On January 27, 2014 By Ascher Robbins In Internet, The Scene

The Dark Side of Social Media

Social media is critical in today’s world. Many of us depend on it as a primary form of communication. We use it to keep in touch with old friends whose birthdays we might otherwise forget. We use it to learn more about our friends. We use it to share important events in our lives with all of our friends. Without a doubt, social media has lots of GREAT uses. However, like anything in this world, there are cons for every pro. Here are some of the WORST ways people use social media. I can’t be the only one that is driven crazy by the things on this list. So here it is: the dark side of social media.

Snapchat is a fantastic, innovative app, based on an extremely simple idea. While sending self-destructing, 1-10 second picture messages might not seem as groundbreaking as inventing the automobile, make no mistake, Snapchat is HUGE – so huge, in fact, that they turned down offers of $3 billion and $4 billion from Facebook and Google, respectively. Plus, Snapchat solved an ages-old dilemma that many men had been faced with: how to send dick pics to someone without fearing that they’ll save your pixelated penis forever (easy, send a one-second Snapchat!). 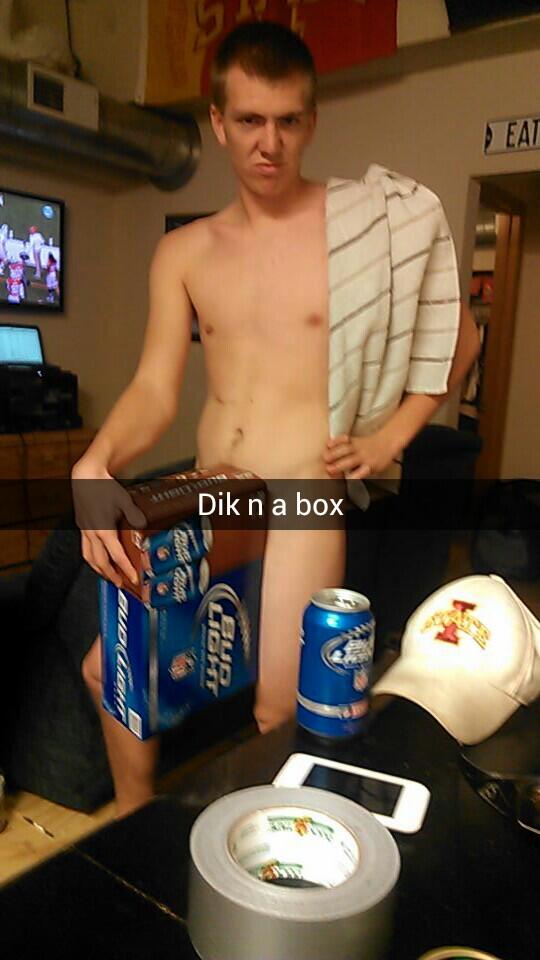 The correct use of Snapchat.

When Snapchat was new, it was pretty cool. You would send your friends stupid selfies with stupid text and they’d respond with equally stupid selfies. Then, Snapchat introduced video, which was pretty alright too. But then, in October 2013, Snapchat ruined fucking everything: the new app update included the godawful My Story feature. At this time, people like me were already sick of mass Snapchatters – you know, that stupid attention-whore friend of yours who sends “Just got my nails done lol!” to all 500 contacts in her phone. But, at least until the advent of My Story, those needy narcissists had to go through the arduous task of selecting all the people who didn’t give a fuck about their nails to inundate with their inanity. With My Story, this process was made depressingly easy. Since then, every deluded soul who thinks that anyone cares about their impersonal selfies has posted to My Story non-fucking-stop. This wouldn’t be a big deal, except that Snapchat makes it retardedly difficult to ignore them, as they do not offer users the option of disabling My Story notifications.

Until they do, people who post to My Story should be ruthlessly deleted from your Snapchat contacts. It may be our only hope. 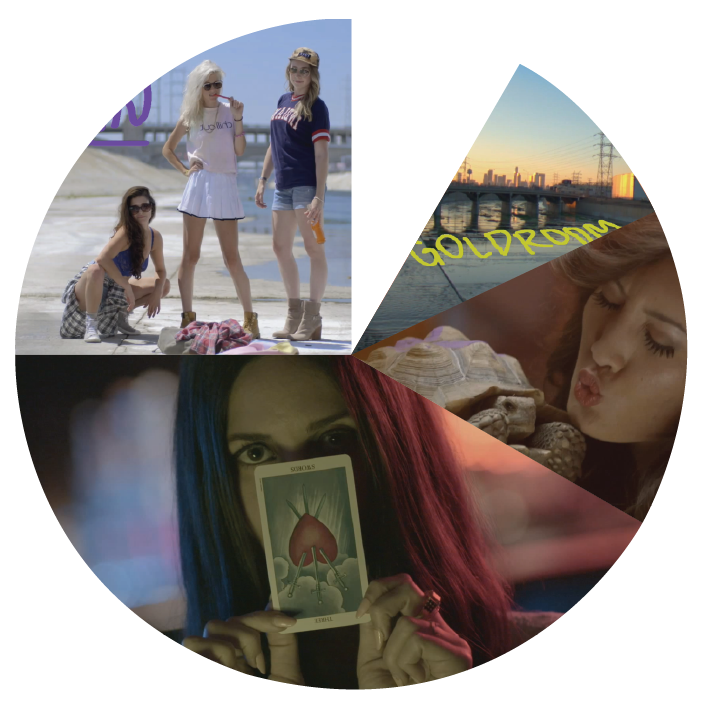 The incorrect use of Snapchat.

Here’s another incredibly popular app that is very good at doing what it was initially designed for: adding filters to pictures to make them artsy. Instagram also had a billion dollar offer from Facebook, which they – unlike Snapchat – accepted. Not bad for an app that just tweaks and shares everyone’s boring, trite photos of sunsets across the globe. 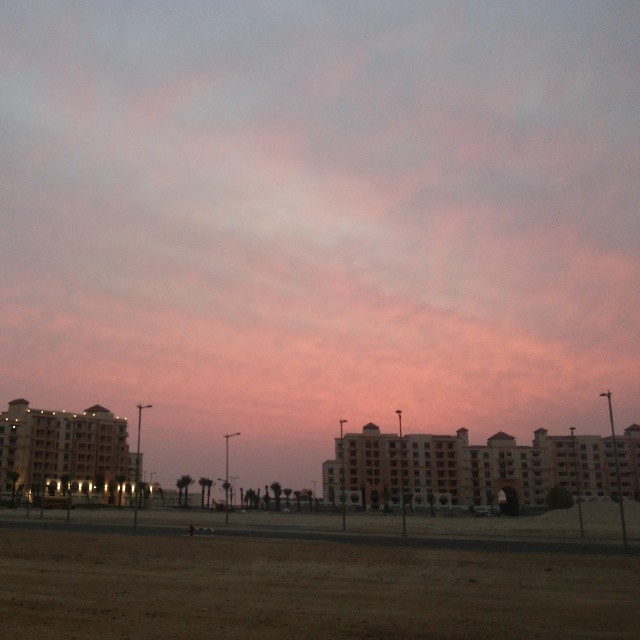 No, srsly, you are an ARTIST.

But of course, as soon as Insta got bought up by Zuckerberg’s Monster, shit started getting kinda stupid. Vine took off in popularity, so Instagram just HAD to try and get a monopoly on the video-sharing niche too. However, they missed the point. Vine was cool mostly because it looped and allowed for goofy, random video posts. Instagram video is choppy, clunky, and gives you an option of putting stupid filters on your video that only further obscure the shit-quality of Instagram videos. Seriously, do you know ANYONE that uses Instagram for videos more than photos? You do not.

It doesn’t stop there, though. The “masterminds” of Instagram recently introduced the equally-stupid “Instagram Direct” feature, in an attempt to eat a slice of Snapchat’s pie. FAIL. As discussed above, Snapchat is cool because the photos you send DO NOT last forever (excepting screenshots, but I digress). Direct Instagrams don’t self destruct and are literally no different from just using your built-in camera to send someone a picture…except for those totally rad filters. But then, if your photo looks cool when it’s all filtered-up, WOULDN’T YOU WANT TO SHARE IT WITH EVERYONE!? Yeah, Instagram’s DMs are stupid and pointless. Stick to your guns, FaceGram (or is it InstaBook?). 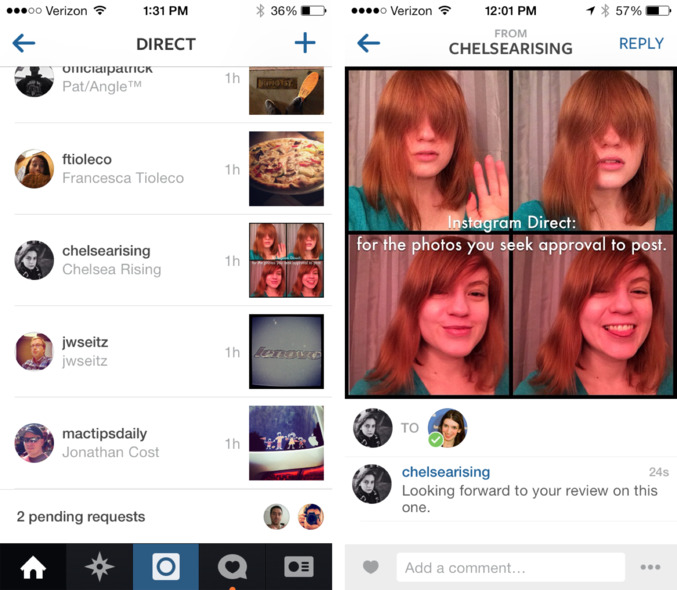 – Facebook STILL Failing to Give Us a “Dislike” Button –

So yeah, Facebook is a giant corporation run by a egomaniacal tyrant who feasts on the blood of children and doesn’t give one single, solitary fuck what the people think. How else could you possibly explain Facebook’s failure to include a dislike button, FIVE FREAKING YEARS after giving us the “Like” button?! That button was a great innovation, which finally allowed us to show approval of a friend’s post without having to post “lolzz I liked what u said on tht pic” every time you lol’d and liked what they said on that pic. 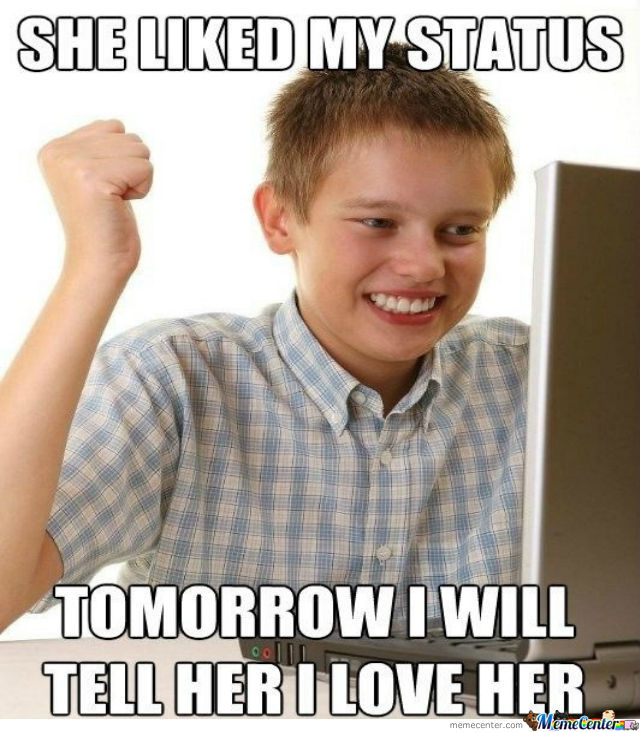 Now, that was dandy and all,  but we do NOT live in a world where everything and everyone can be “liked.” There are a LOT of somethings and someones to dislike out there. Facebook, you didn’t suddenly make a decision for the world’s citizens that we either have to like things or be generally apathetic towards them. No, there are jaded, cynical bastards like me out there who want to let everyone know when we DISLIKE the nonsense they post. I want to let someone know how stupid their views on gay marriage are. I want to dislike that heinous selfie some chick posts as her prof pic. I want to passive-aggressively make it clear that the used, 1998 Buick you just fixed-up still looks like garbage.

Screw you, Facebook. I’d dislike you if I could. 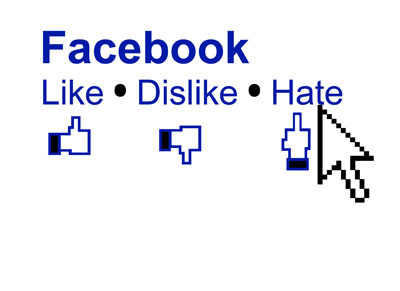 The world I wish we lived in.