Posted On February 8, 2014 By Anthony Kozlowski In Internet, The Scene

In the cluttered world of YouTube, it’s often difficult to decide what to watch.  Between the sea of cat videos, epic meal suggestions, and the ever-growing FAIL catalogue, it can sometimes seem like you’d break a greater mental sweat (*ahem) “brushing up on your typing skills” than keeping up with your subscriptions. 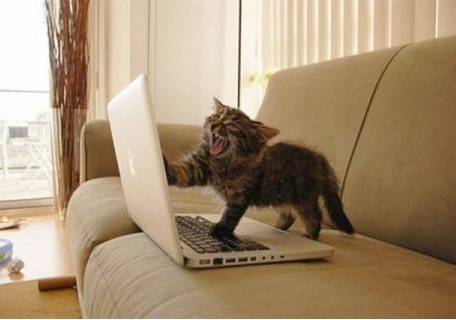 Luckily, there are oases scattered across the brain-dead wasteland of YouTube, the most refreshing of which is provided by none other than the Public Broadcast Service.  Hosted by spirited think-geek Mike Rugnetta (@mikerugnetta), PBS’s Idea Channel deconstructs Internet and pop culture phenomena in ways you would neither expect nor think of yourself.  Are You a Hipster?  Is Doctor Who a religion?  Rugnetta is the type of person that would argue “yes.”  In each video he illustrates the science and philosophy at play in our culture alongside a rapid fire barrage of YouTube-ready clips and graphics.  It is TED Talks on crack – sweet, mentally-stimulating crack. 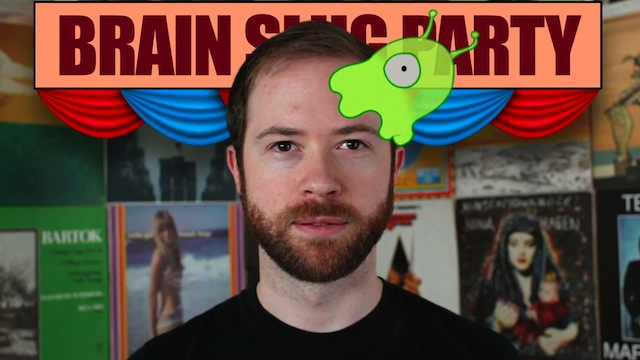 Unconvinced that you need to add this treat to your Subscriptions?  Here are the top 5 reasons to board the Idea Channel train:

1. Mike Knows Your Obsessions Better Than You Do 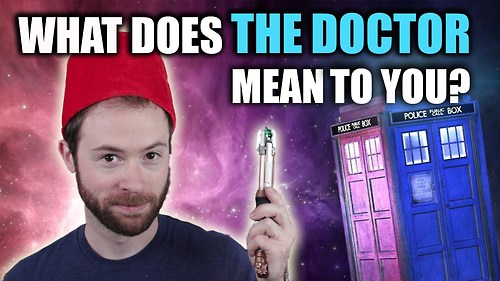 For argument’s sake, let’s say you’re a huge fan of Sherlock – not a huge stretch considering you probably are.  After gobbling up everything Netflix has to offer and viewing the latest batch on your DVR, you recommend it to every one of your friends who will still listen to you after you foamed at the mouth over Breaking Bad.

But why do you like these shows so much that you’ll gladly skip work and your anniversary to catch the latest episode?  Drop all that talk about good writing and captivating characters.  Idea Channel suggests it’s probably something deeper than that.

In less than 10 minutes, Rugnetta gives us a rare insight into why our obsessions latch onto us like a clingy ex.  Take his look at the popular Cartoon Network series “Adventure Time” for instance.  Apart from its wacky characters, locales and razor-sharp scripting, Idea Channel suggests that the show’s pan-generational appeal is due to layers upon layers of nostalgia.

Far from discouraging fandom, Idea Channel embraces the idiosyncrasies that drive us crazy over phenomena like Firefly and My Little Pony.  It just gives us the “why” and “how.”  Fair enough, considering Rugnetta is one of the biggest geeks out there. 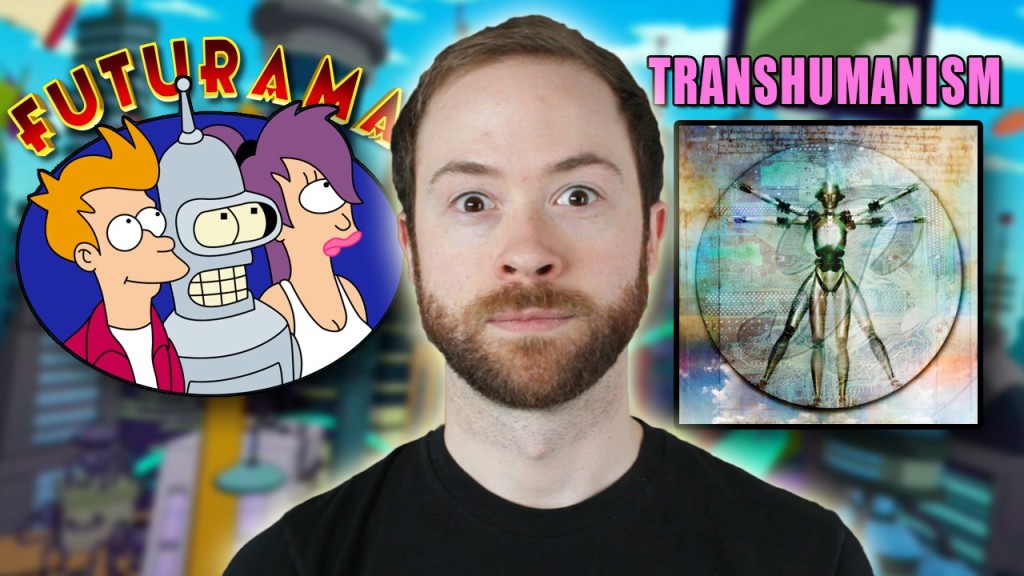 If you’re an avid reader of Cracked, chances are you live in constant fear of a robot uprising a la Skynet.  Our love and subsequent fear of technology has been a feature of Western society since the printing press reared its ugly head. Sure, progress has given us the Internet, iPhones and toilet paper, but on the flip side, it’s also given us the atom bomb, dubstep and Justin Bieber.  Surely science will be the ruin of us all, right? 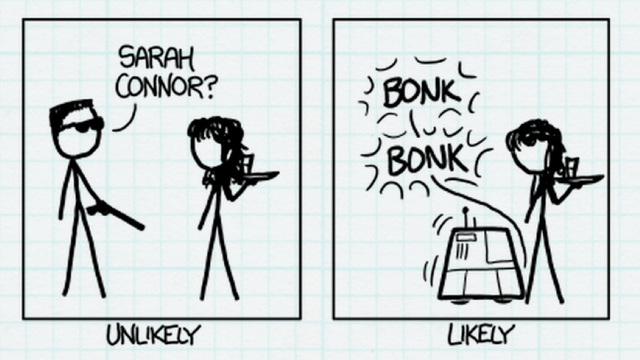 Well, not exactly.  In his trademark, pop culture-saturated form, Rugnetta explains why technology hasn’t really done all that much to change who we are as people, and really won’t if you think about it. His pillar to stand on in this argument: the world of Futurama. And you’d be surprised how convincing it is. I won’t spoil the finer points of his skilled verbal barrage, but in a short, sweet package, he explains how the characters of Futurama argue against transhumanism.

Basically, as technology pushes us further and further, we will stay our fat, lazy, unfulfilled selves.  And all the machines will work tirelessly to keep us that way.  Now that’s a future I could live in.

3. It’s Cheaper Than a Philosophy Degree 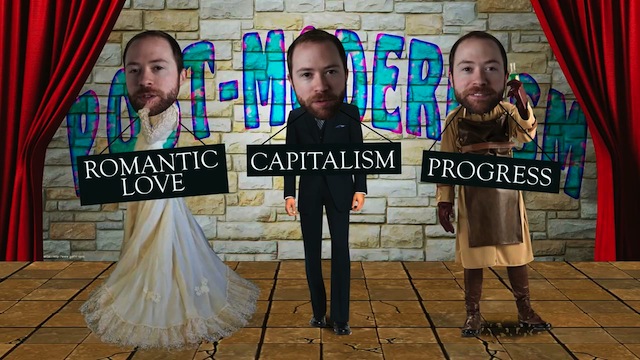 I don’t advertise this to everyone I meet off the street, but I spent my four years at the prestigious University of California, Santa Barbara getting a degree in philosophy.  That’s $25,000 a year to learn why old, dead men thought what they thought and why I should think or not think that way too.  Money well spent, right? 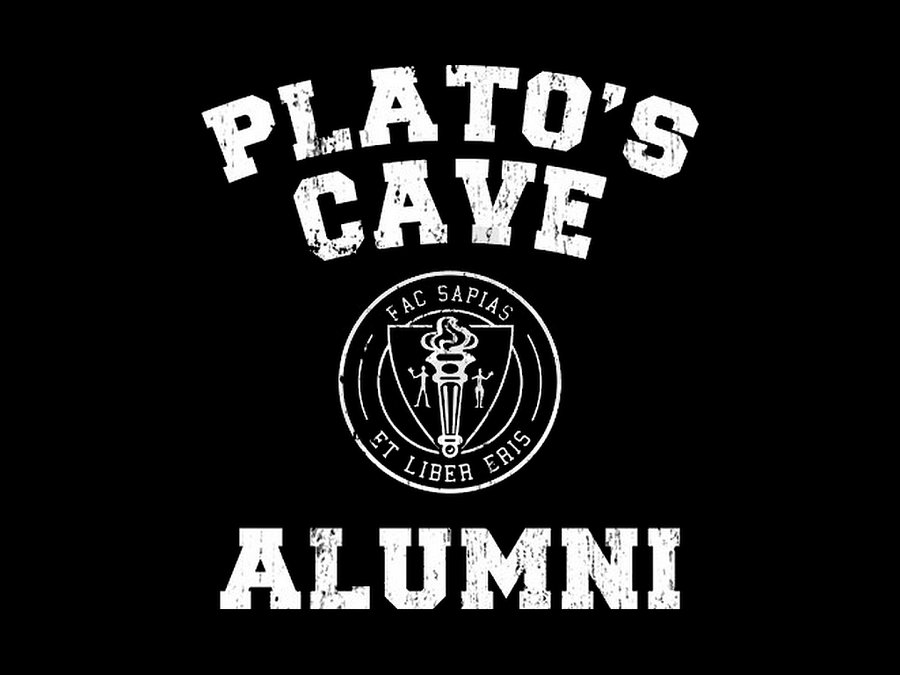 At least I got a sweatshirt out of it.

Before you shell out those hard earned dollars on a philosophy degree, flip through the Idea Channel catalogue first. Not content to pit pop culture bubbles against one another without a little bit of brain food, Rugnetta often throws classic philosophical arguments into the mix.  Who knew you could use John Locke’s theory of knowledge to prove that Google is in fact knowledge?  My $100,000 education certainly didn’t teach me that. 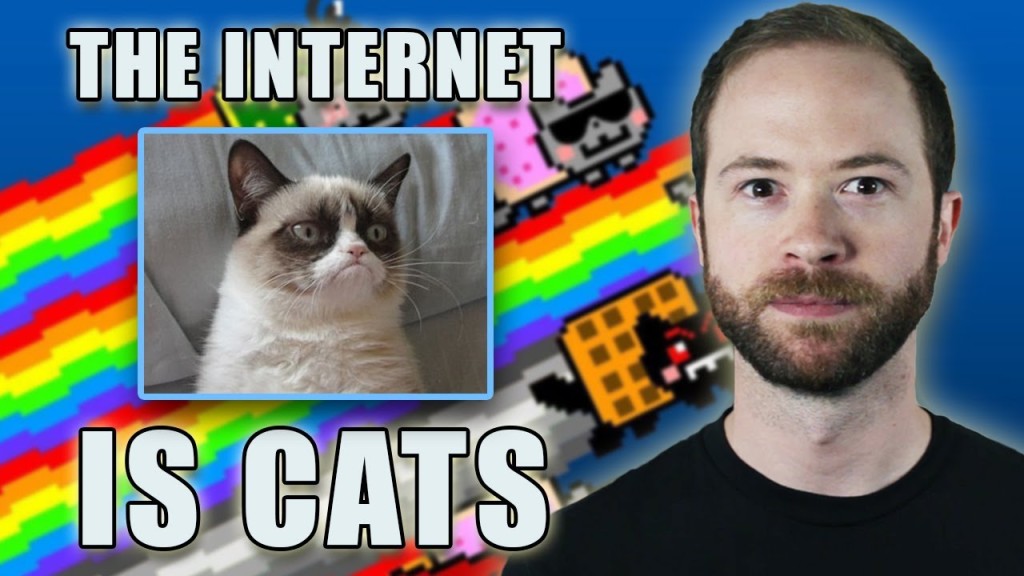 Think you know everything there is about your favorite show?  How about why those crazy celebrities caught drunk driving behave the way they do?  Think again.  People, ideas, and culture are more nuanced and multifaceted than the media lets you think.

Take Nicolas Cage for example.  The fact that you probably laughed in your throat a little at his mention suggests that we all know the man is a little…strange.  From his movie roles to his personal life, there’s scarcely a thing he does that doesn’t raise a few eyebrows.  But maybe the idiosyncratic life of Mr. Cage isn’t as oddball as we’ve been led to believe.  What if there’s an order to the madness?  Believe it or not, Idea Channel tackles this very topic, arguing that Nic Cage’s decisions professional or otherwise, suggest a guiding principle, not so much a f*ck it as a why the f*ck not?  It’s as if he’s living his life according to a Tao.  In fact, he’s probably more enlightened than you.  Take that, TMZ!

5. It’s Okay to Change Your Mind 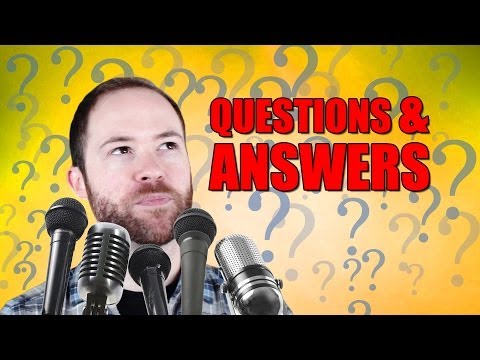 One thing that professional pundits are renowned – nay, paid for – is sticking to their guns.  Come hell, high water or even reason, they’ll argue to death that they are right, even if pesky things like facts get in the way.  It’s deplorable logic, but very human all the same.  Face it, we hate being wrong.

Even though it deals a mighty blow to our egos, being wrong is what helps us grow as thinkers and learn the complexities of the world in which we live.  Swallowing your pride every once in a while and admitting you’ve been beaten can actually be the best medicine for an argument gone awry. You won’t catch Bill O’Reilly, Kanye West, or – let’s face it – any television personality admitting they’ve been caught with their pants down, but Rugnetta isn’t your everyday host.

When tackling the issue of internet trolling (if you don’t know what that is, how are you reading this in the first place?) our Idea Channel guide does a complete one-eighty in his reasoning upon realizing that his initial stance is actually quite problematic.  Not ashamed to admit that he was wrong, Rugnetta recants on his assertion that malicious baiting has its place on the forums and comment threads.  The following video makes for quite an interesting and unconventional viewing as a blue- and red-shirted Rugnetta engage in a veritable battle of wits against one another.

Regardless of the argument’s conclusion and whether or not you agree, it’s very refreshing to see a public figure embracing his shortcomings in such a way.  It tells us, the viewing audience, that it’s okay and even beneficial to change our views as more evidence comes into play.  Being right is fun, but being wrong helps us grow.

Know of any more YouTube Channels with their own dose of brain food?  Let us know in the comments.