Posted On January 7, 2014 By Anthony Kozlowski In Music, Music Musings

The ball has dropped, the champagne has been poured and it’s time to cleanse ourselves of all things 2013.  With all the twerking, tweeting, vining and seflie-ing we’ll wash from our shamed public consciousness, we’ll also say goodbye to an admittedly interesting year in music.  From Kanye’s cracked-out messianic Yeezus to the zeitgeist of Random Access Memories and the latest in Lil Wayne’s steady decline, there was much to listen to and even more to avoid.  2014 has a lot to live up to.  Good thing there are quite a few artists who seem ready for the challenge.  So before you get started on those resolutions, here’s our pick of the best new – and not-so-new – acts to watch this year.

Another in producer Devonté Hynes’ series of solo projects, Blood Orange has just enough 80s R&B swagger to succeed where Lightspeed Champion flew under the radar.  Floating on cool synths like a neon-lit Purple Rain, Hynes brings the same smooth sensibility to his work that he used to drive the Chemical Brothers to the top of the charts. “You’re Not Good Enough,” the standout from his 2013 record Cupid Deluxe, is a radio-ready piece of jazzy psychedelica due to hit the mainstream this year. Just keep your ears peeled. 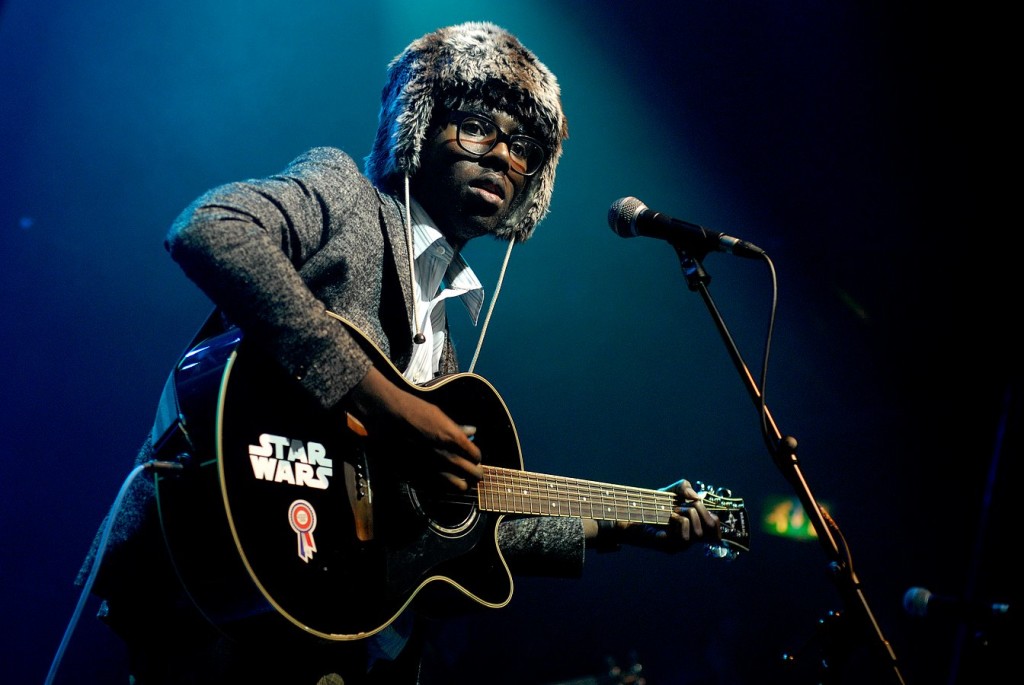 For some artists, the road to success is paved with years of tireless touring, media saturation and a slew of LPs.  Apparently that wouldn’t do for this Manchester quartet who in the course of a year, hand-built enough hype to propel themselves to the forefront of the UK music industry.  We across the pond are just now catching on to their raw blend of REM-inspired jangle pop and new wave revival, but if Matthew Healy and his band of disparate youths continue their swift upward momentum, they’re due to be the next Imagine Dragons success story. 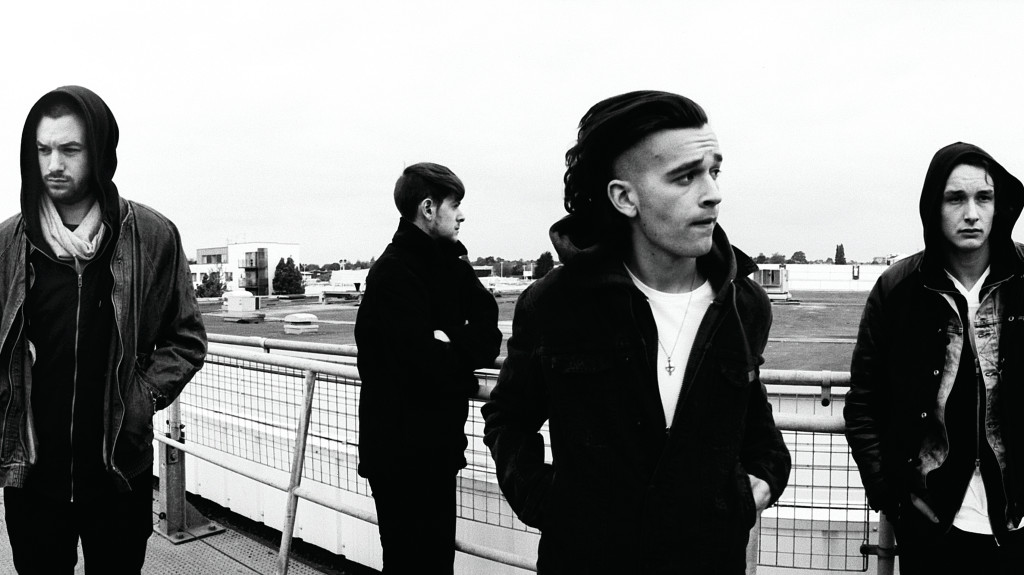 Landing an opening spot on Miley Cyrus’ playbill must mean you’re doing something right.  After the release of her debut album Night Time, My Time last September, it seems the Internet has been fascinated with all things Sky.  Her single “You’re Not the One,” shows she’s a force to be reckoned with. A punchy club rocker that plays like a collision between Blondie and M83, it displays her at her most chic and unrestrained, a female role model who can be sexy, flippant and yet totally in control.  From her fervent DIY image to her somewhat reckless personal life, it seems she’s due to blow up this year. Whether that explosion will propel her into the stratosphere of fame or shoot her down in flames though is yet to be seen. 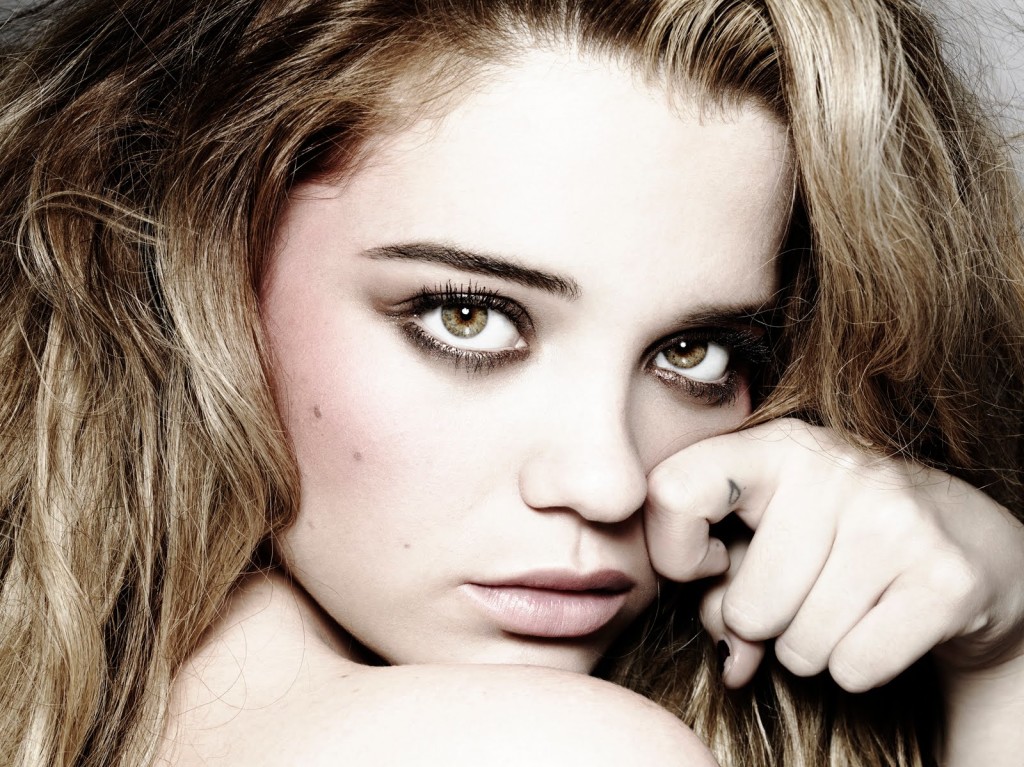 Los Angeles seems to have a penchant for churning out talented entries in the chick rock category. HAIM may have taken the gold in 2013 for the gloriously spun Days Are Gone but 2014 belongs to the celestial ladies of Warpaint. Weaving their own brand of haunting stoner rock, these four friends evoke an image of what life would be like had Josh Homme been born a woman. Their self-titled album drops later this month and if it’s anything like lead single “Biggy,” it promises to be a trippy, psychedelic desert getaway.  And after a tumultuous 2013, that might be just what we need to cleanse our system. 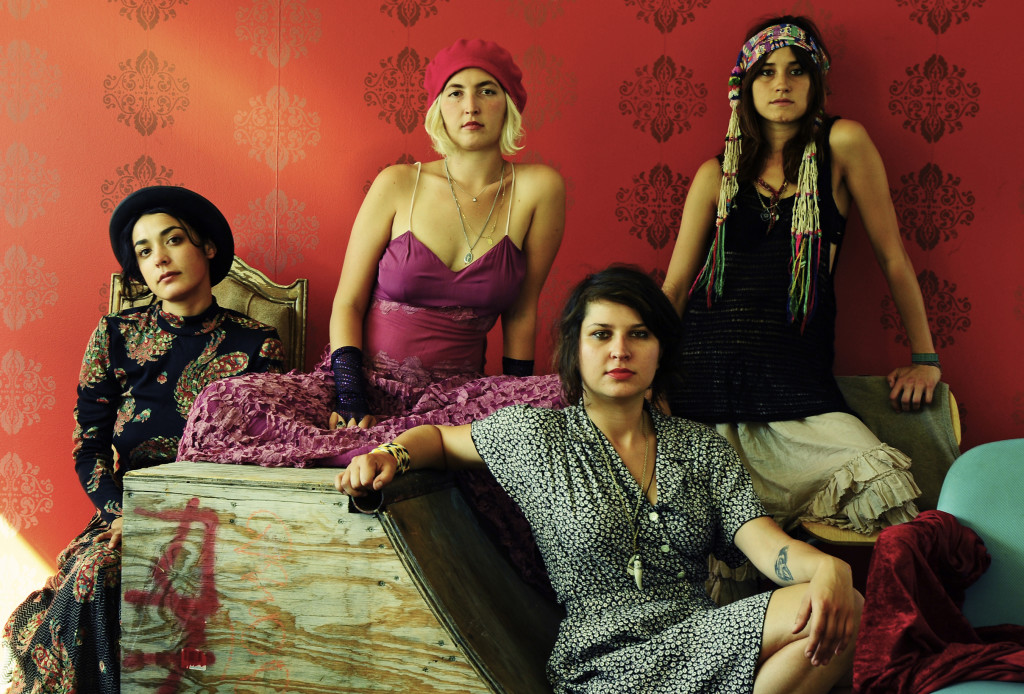 For years now, the Celtic market has been cornered by bands like Flogging Molly and the Dropkick Murphy’s (the latter of which doesn’t even hail from the Emerald Isle).  All that is about to change with the arrival of these power pop plunkies from Dublin, riding an urgent wave of low-fi noise like it’s going out of style, and in our sea of overproduced pop, that may be true.  One listen to single “Sharon Shouldn’t” will bring you back to that time when one syllable bands ruled the airwaves and playing pop music meant throwing together two guitars and a bass. It’s a rollicking good time that deserves to shoot to (dare I say it) #1.

If we’ve learned anything from Lorde and Birdy in the past year, it’s that teenagers no longer need to be pigeonholed into the Disney pop machine to be noteworthy. Enter Chicago’s Jean Deaux, hip-hop’s answer to the teen boom.  A soul protégé who’s just as much Billie Holiday as she is Missy Elliot, she marries blues and hip-hop with the ease of a seasoned pro and expands both into a lustrous genre that’s purely her own.

Her debut Soular System currently has no release date, but keep a lookout for it soon. Young talents like her don’t stay idle for long. 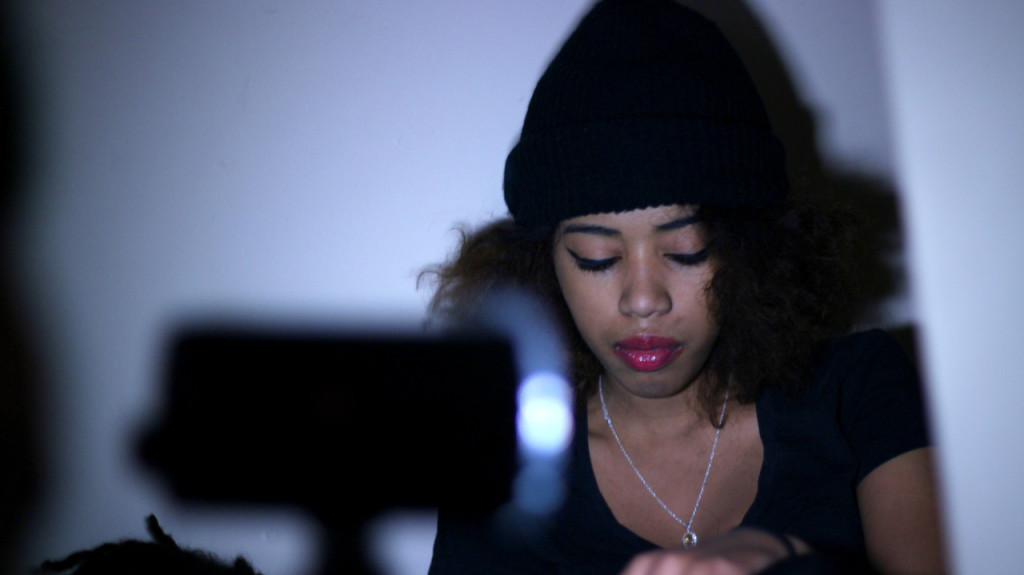 Billed as an LA band, but hailing from the dusty desert of Las Vegas, Parade of Lights has been on the fast track to success since the world got a taste of last summer’s “We’re the Kids.” Since then, they’ve snatched up a recording contract and landed opening gigs for both Panic! at the Disco and Imagine Dragons.  Their debut album is due sometime this year, but in the meantime, their Born to Live, Born to Love EP provides healthy dose of electro-infused shoegaze that combines Talking Heads synthpop with My Bloody Valentine feedback. It’s Passion Pit in a blender, the yang to the Naked and Famous’ yin, and the sort of grinding wake-up call that the genre needs this late in the game. 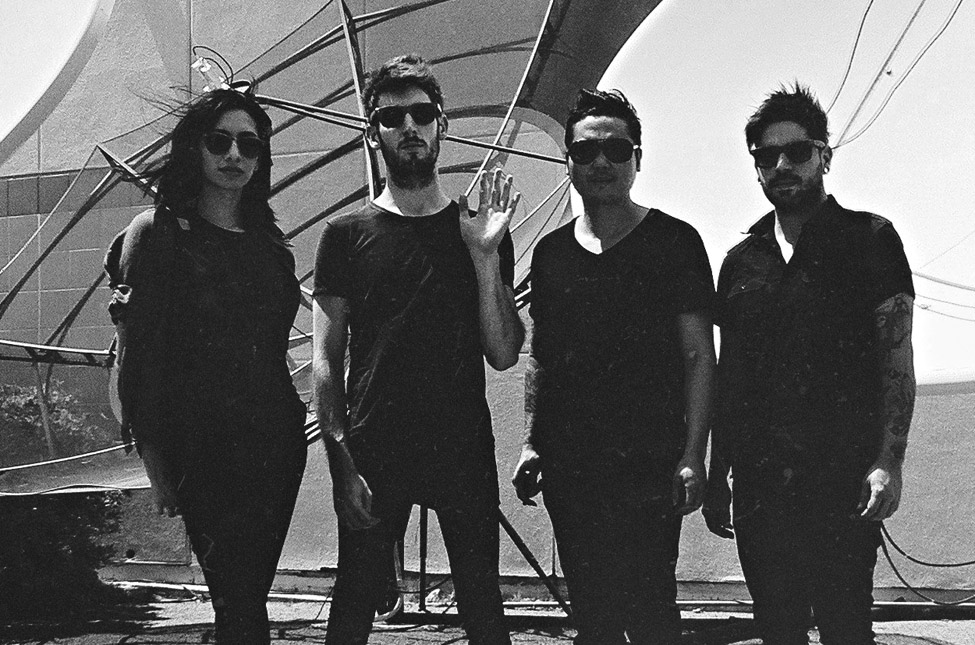 If you haven’t seen the 90s throwback vid for Dillon cooper’s “State of Elevation” yet, do so immediately. Go ahead, I’ll wait.  The lyrical prowess and effortless flow of this 20-year-old Brooklyn resident needs to be seen to be believed. Like a young Joey Bada$$ high on Shakespearean wit, Cooper spits his rhymes with baffling ease and weaves through the beat like he’s bounding over mushrooms. That comparison may be too easy considering he’s a child of the 90s, but unlike his contemporaries, he relishes the nostalgia. And judging by the sweet threads and permanent smirk he wears in the video, he knows he’s on the way to the top.

Artists often speak of being struck with inspiration.  For this fiery group of kids from Bowling Green, Kentucky, that moment came more literally than it does to most. After being sucker punched by a member of a rival band, drummer Justin Wilson began writing more aggressive music, the results of which are now showcased on their turbocharged 2011 debut Celebrasion.  Thanks to that record, Sleeper Agent have enjoyed a fair measure of success, playing Coachella, landing modern rock airplay for both “Get Burned” and “Get It Daddy,” and ranking Number Two in Rolling Stone’s Best New Band category in 2012. With the release of their sophomore album on the horizon, the scene is set for them to make a more serious splash in 2014.  And with the cookie cutter electropop acts they’re up against, it shouldn’t be hard for these unruly garage punk twenty-somethings to shake up the scene. 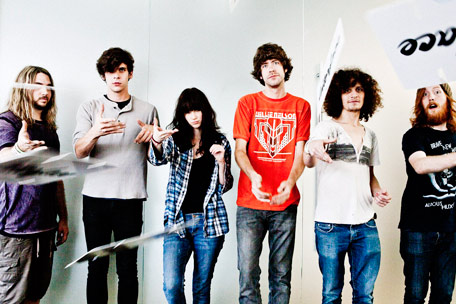 Solo project of ex-Kid British frontman Adio Marchant, Bipolar Sunshine is one man’s answer to the newfangled afrobeat obsession spearheaded by bands like fun., Bastille and Vampire Weekend, who for all their syncopated rhythms and trashcan banging are just indie pop parading as something it’s not. Bipolar Sunshine is the real deal, a freewheeling Kid Cudi experimenting as he chooses, producing both effervescent jazz pop and melancholy bits of lyrical gloom.  His Aesthetics EP has already taken off in the UK, riding on the ethereal prowess of standout tracks “Rivers” and “Fire.” The juxtaposition of these two elements is a perfect example of how “bipolar” his work can be, but it’s all fantastic no matter what you get. Be looking for this bohemian Brit very soon. 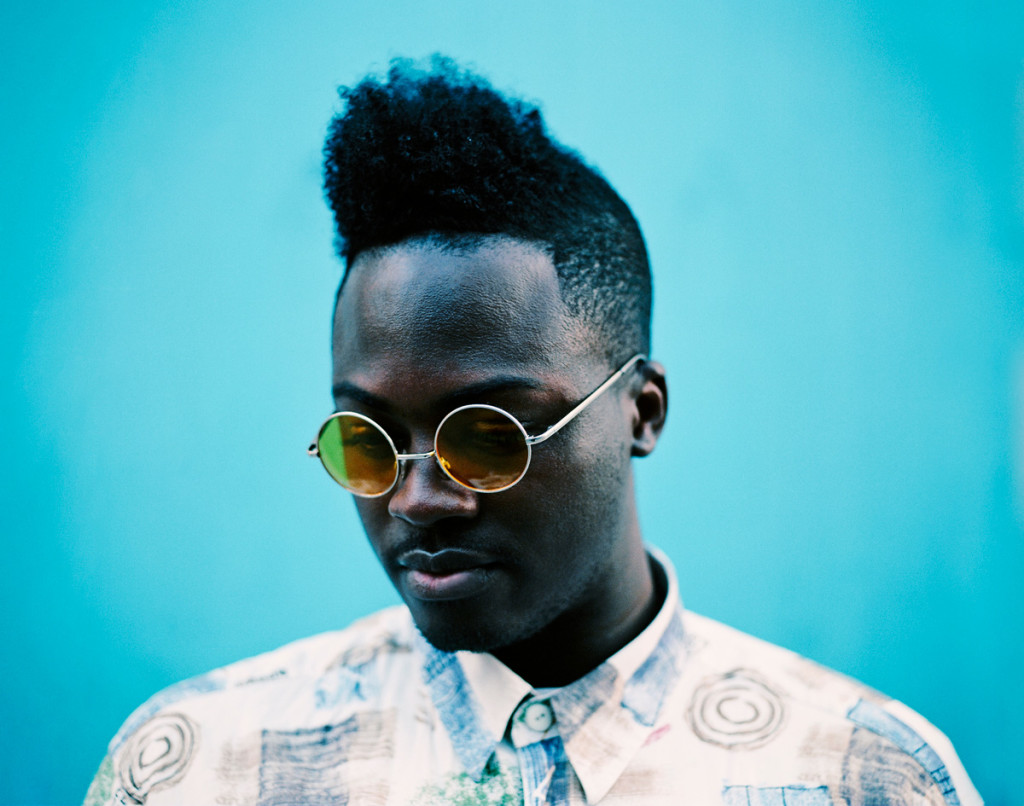