Posted On January 17, 2014 By Anthony Kozlowski In Movies

If you found yourself packed into the multiplex these past couple weeks (and chances are you have, considering the Hoth-like temperatures sweeping most of the nation), then you may have noticed a theme in the sampling of previews.  Big budget trailers usually showcasing the latest feature-length Marvel commercial or Michael Bay vehicle have taken a decidedly spiritual turn.

Get ready for a year of biblical proportions.  Over the next 11 months, Hollywood is planning to churn out more Biblical fair than in the last 11 years combined.  This seems like an odd turn of events considering that 2004 was the last time the Good Book put bodies in the seats.  That was the year Mel Gibson’s Passion of the Christ stormed theaters to the tune of $370 million before accusations of Anti-Semitism effectively crucified the genre for good.

But like the New Testament’s primary protagonist, Bible movies look ready for a resurrection in 2014.  It begins with Twentieth Century Fox’s Son of God on Feb. 28, a spin-off of the History Channel’s widely successful miniseries, The Bible.  Black Swan director Darren Aronofsky follows suit with Noah, his reimagining of the Old Testament global flood in gritty $130 million detail and starring Russell Crowe as the eponymous prophet.  Then in April it’s the presumptively-titled Heaven is for Real, a film about a small-town father (Greg Kinnear), whose son survives a near-death experience and claims to have passed through the Pearly Gates.  And in December, both the Mother of God drama Mary starring Ben Kingsley and Ridley Scott’s Exodus with the forever chameleonic Christian Bale arrive just in time for awards season. 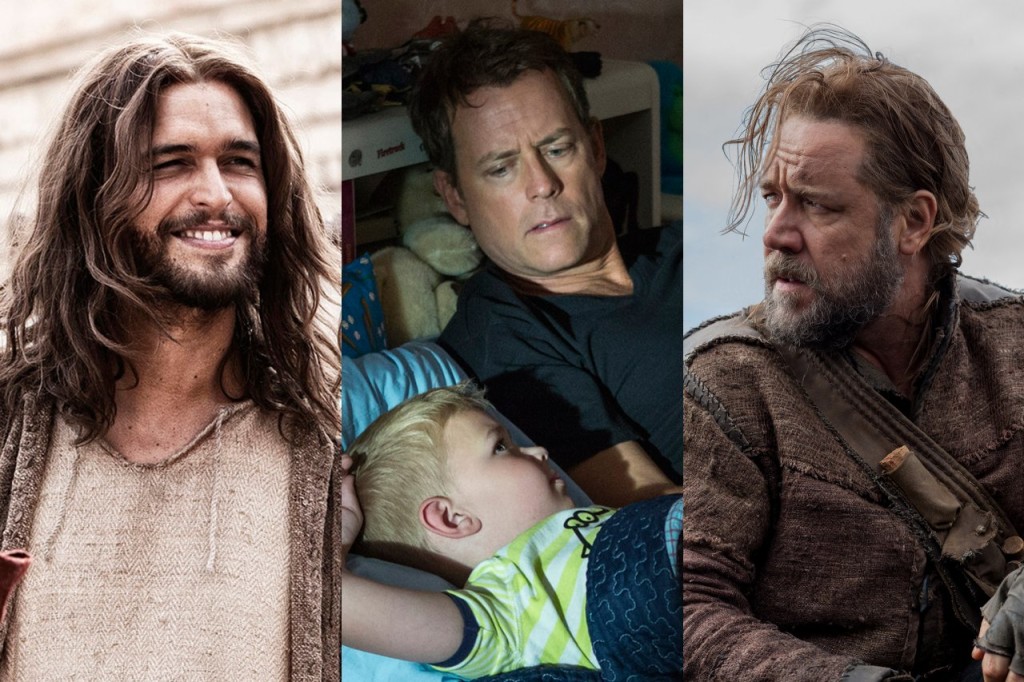 2014 will be a year of biblical cinematic proportions.

But the releases don’t stop this year.  Other projects being tossed around Hollywood include another Moses movie titled Gods and Kings to be directed by Ang Lee, a Cain and Abel film planned by Will Smith, a rumored Pontius Pilate biopic starring Brad Pitt as the titular villain and a Kevin Smith comedy about the Rapture dubbed Helena Handbag.

So why has the movie industry – considering their obsession with zombies, vampires and superheroes – suddenly decided to dive into holy texts?

It is an oft forgotten fact, but the Bible is the best-selling book of all time.  It reads like an action thriller, a gripping drama, a romance novel and often, in the more fire and brimstone sections, like a work of pure fantasy.  In other words, it has just what studio execs look for in a good – well, marketable – screenplay.  And since it is part of the public domain, the stories can be freely adapted without having to obtain rights or pay licensing fees.

Biblical films also have a long history with success. Adjusting for inflation, 2 of the top 13 highest grossing movies of all time have been based on the Bible (Ben Hur and The Ten Commandments, earning an adjusted $1.8 billion between the two of them), while a whopping ZERO feature superheroes, giant robots or even blue cat people. 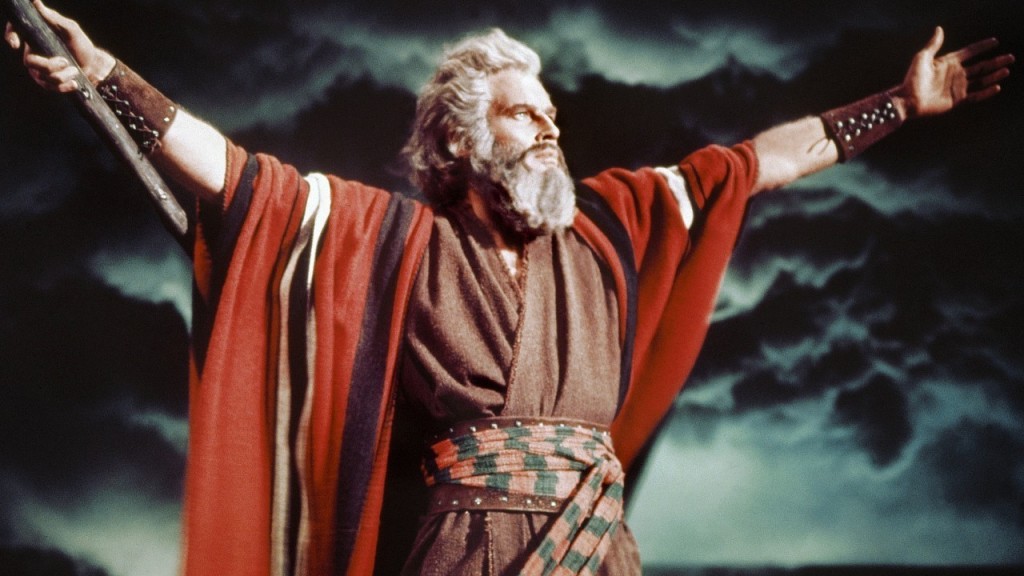 Moses sold PLENTY of movie tickets back in the day.

There’s only so much material that can be mined from comic books and existing franchises.  The demand for blockbusters is higher than ever and studios are beginning to scrape the bottom of the barrel. For proof, just check the 2015 release schedule.  But the Bible has thousands of pages of un-mined material as well as a built-in “fan base” that is more rabid than the Harry Potter, Twilight, and Marvel camps combined.  The kind of word-of-mouth that can be generated through Christian groups is staggering, and is the rare kind of publicity that studios can’t – and in this case, don’t – have to buy.

But is this good news for the average moviegoer?  As always, it will probably be a mixed bag.  If Hollywood does anything well, it’s making a buck by giving audiences what they want, or at least what they’ll pay for. But for now, Jesus and his old-school peers are decidedly IN.