Posted On March 31, 2014 By Renée Rapin In Miscellaneous

Ten of the Most Beautiful Book Stores

If you’re like me and go gah-gah over books then you’ll enjoy the beauty of these book stores from around the world. BBC did their research and I’m ready to jet set around the world for some visits. Here they are, in no particular order:

This store in the Netherlands operates out of a 700 year old Dominican church. It is absolutely beautiful from the entrance to all the way through. It’s like entering a storybook. Someone take me there! This building was originally built as a theater in 1919. It features ceilings painted and sculpted by Italian artists. The theater put on many great shows until it was converted to a cinema in the 1920s. Later, it was renovated and turned into a book and music shop, as seen today. Chairs and theater boxes are still available for guests to sit and discover new books.

This quaint little shop might be the only book store with ankle deep water. Despite it’s usual flooding, store owner Justine Kibler keeps his books on high shelves, in bath tubs, boats, etc to protect them. The store is still open to the public and looks like a comfy place to find you next read! 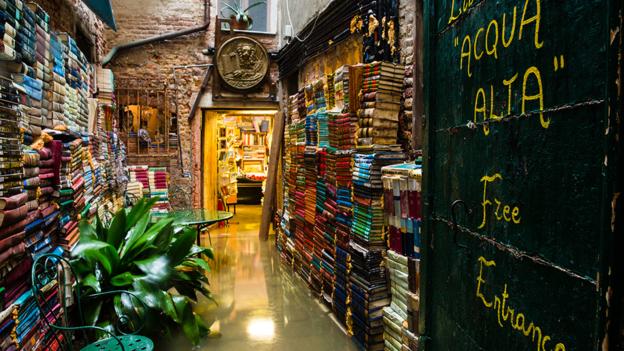 This bomb shelter, turned car park, turned book store is quite a unique spot in China. It is based on an old Chinese saying, “Turn something rotten into a miracle.” The store owner, Zhang Xing, placed many crosses throughout the store, emphasizing his Christian faith as well as his idea that reading is a religion. He says, “this place is a heaven for book lovers.” Xing’s statement makes me want to visit even more! 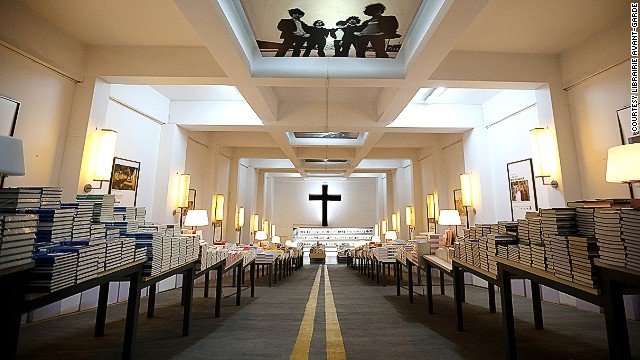 This book store has a full two stories of book for customers to look through, while sitting at the cafe listening to live music. In 2013, the store celebrated it’s 20th anniversary by stamping 1,000 books with the message, “This is a free book. Read it and return it to another public place.” Ugh, I wish I could have been there to find one of those! This book store is one of the oldest in Portugal. The most beautiful feature of this store involves the grand staircase and intricated wall panels and columns. It also features stained glass,  skylights and many church like features. I think this one might be my favorite.

Believe it or not, a store in the US made it onto this list! California’s Bart’s Books considers itself the world’s greatest outdoor bookstore. This store bases business off the honor system. What started out as a few books on the street has now grown to one million books! This store claims the souls of past authors haunt the walls, as it originally served as a place for traveling writers and artists to lodge as well as greet and gather. Many famous authors have visited including Hemingway, Joyce, Ezra Pound, and Whitman. It is know as one of the few legendary book stores. 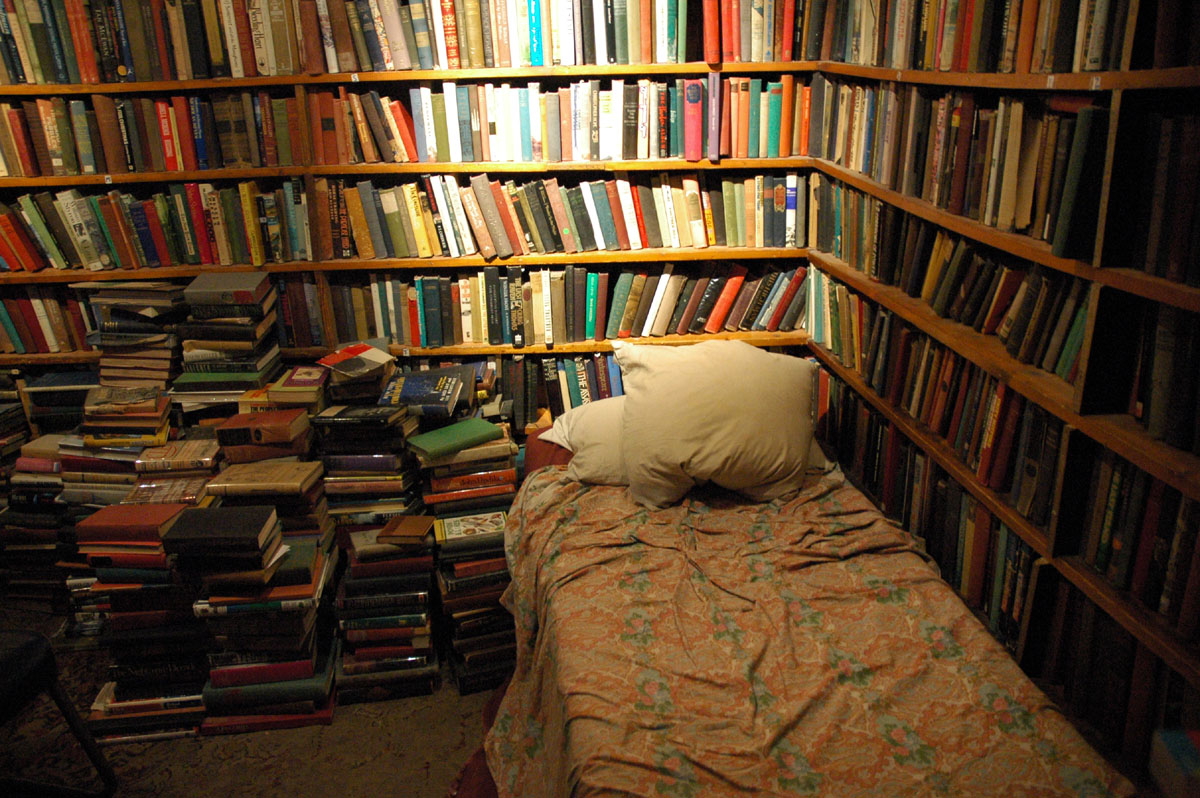 I don’t know how anyone sleeps with all those books around.

This store was founded by a Voque editor-and-chief and boy does it show. This bookstore contains not just works of written art but also high fashion, architecture, many other forms of art. This little area in Wales hosts over 30 book stores lining the streets. Bill Clinton once called it the “Woodstock of the mind.” The beautiful buildings feature traditional Medieval designs and can be marveled at while book shopping. The Ten Commandments of Copacetic Living