Posted On January 24, 2014 By Staff In Issues, Miscellaneous

Standing on the Shoulders of Giants: Why I Love Science and You Should Too

Gone are the days of widespread witch hunts and divine prophecy (in the US, anyway). We no longer live in a demon-haunted world—now we have the technology to access an infinite amount of information anytime, anywhere. Google made a computer small enough to fit in a contact lens and your predictive text knows you better than you do. We’ve come a long way since bleeding people to cure them of diseases that had more to do with “sinning” than with medical phenomena.

Next time you bust out your smartphone, take a moment to first marvel at the creation (it knows what song you’re humming and it fits in your HAND) and when you’re done geeking out, ask yourself if you know how it all works. You don’t, so then ask yourself whether you know how some of it, a little of it, or any of it works. If you said yes to any of the above, congratulations! You know more than I do about phones. Either that, or you’re a robot yourself. 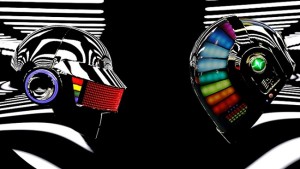 If you made like an octopus and said “nope, nope, nope” then you’re in good company. Think of all the hundreds of devices you use every day, down to your bedside lamp. How do all these things work? Chances are if you’re anything like me, you have no idea. Probably even the smartest person understands only a fraction of the technology they use. Now multiply your lack of understanding by everyone else’s lack of understanding and we have some serious confusion going on here, to the point where modern life might as well be magic. Somehow everyone seems OK with this. I propose that our complacency is dangerous. There’s no way anyone could understand everything and I’m not suggesting you try. I’m saying that if so many people think of science as a subject they endure in school instead of appreciating it as the bedrock of their lives, we’ll soon have a major shortage of the people who make your life so comfortable—scientists.

Think about it: your entire existence depends on scientific discovery and technological advances. If fertilizer hadn’t been invented the Earth’s human population would be much smaller and you might not even be a twinkle in your granddad’s eye. People used to just straight up die from having cavities. Without central heating, the polar vortex a couple weeks back would have killed thousands. Never heard of smallpox? Thank vaccinations. Did you eat or drink dairy products recently? Thank Louis Pasteur for making them safe. Science has saved your life and mine in more ways than I can count.

People think of science as a four letter word because it seems boring, inaccessible, and scary. I used to agree. In school, science is mind-numbing and awful. Everyone is thinking, when am I ever going to use this? Who cares about the structure of this stupid molecule? Why do I have to memorize all these formulas? If you can’t regurgitate the textbook you’re screwed. Despite loving biology with all my heart I hated my classes, to the point where I couldn’t even stomach being a science major because I kept failing them. I felt like the classes were designed to make people think they were too stupid to do any sort of STEM—Science, Technology, Engineering, and Mathematics—and I wasn’t far wrong. Being actively discouraged from these fields by inaccurate test scores or social pressure is common, especially for ladies. It was hard to stop taking my F’s personally but eventually I did when my love for biology surpassed my disappointment. Now I work for a botanist and sometimes get to hang out in tropical rainforests. 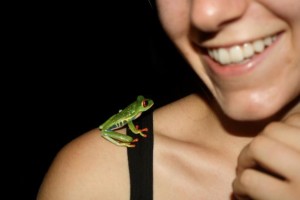 The thing is, what they taught you in high school Chemistry isn’t really science. The soul-crushing boredom and futility of the classroom bears no resemblance to what the whole shebang is all about.

Science is the simple desire to learn more about the world around you. That’s it! If you’re curious, you can be a scientist, and that doesn’t make you a nerd. Humans are naturally inquisitive. That’s how we managed to invent and understand so many things, so embrace it. The next time you wonder about that weird tree you saw or how beer is made, run with it. Wikipedia that shit and you’ll see that the answer to your question is often so much more interesting than you ever imagined. The only obstacle preventing regular folks from thinking like scientists is they feel like they can’t or shouldn’t satisfy their curiosity. What’s the worst that could happen, you learn a little trivia to impress people at your next party?

If you genuinely don’t want to study anything scientific, I completely understand—not everyone likes plants as much as I do. What matters is the mindset. Science should not be reserved for an elite group of dorks, even though people usually think of it like that. Regardless of whether or not you want to study it, science is for everyone because we all depend on it every single day. Besides, learning makes you skeptical, an excellent tool for when someone is trying to sell you some crap you don’t need. You don’t have to devote your life to the lab to be a little more curious, a little more skeptical, and a little more appreciative of all the downright mindblowing things happening all around you. Go ahead, take that nap–did you know stress can shrink your brain cells and clog your arteries?

If you don’t understand something, don’t worry about it. People have been confused about the way things work since before we wore clothes. Try again tomorrow or learn something different. Start appreciating science as a casual daily exercise and I promise you’ll find the world to be WAY cooler than you thought it was. Imagine how many amazing inventions could be on the horizon if more kids felt confident, not discouraged, about discovering things and sharing knowledge. The more people start thinking scientifically the better our lives will be.

One word of caution: use your newfound brainpower for good instead of evil.