Posted On January 6, 2014 By Shannon Folsom In Girlzone, Men

Most of us who follow the NFL are familiar with Patriots’ wideout and punt returner, Julian Edelman. After a 2012 season that was punctuated by injuries, Edelman’s really blown the lid off of his 5th season in the NFL, making franchise records and earning folks some decent fantasy numbers.

In his last game against the Bills, Edelman became the third Patriots player in history to catch 100 passes in a single season. He is also the 10th player in franchise history to record a 1,000-yard receiving season, and he ranks in the top five in total punt returns in the NFL, averaging 11.1 yards per return this year.

In addition, he’s also one of the most social media friendly players in the league and has really nice hair.

But Edelman’s most impressive trait: the guy’s a comedian! Not in an unintentional kind of way like Chad Ochocinco or Manti Te’o, but in a calculated, intentional, Will Ferrell kind of way. And in light of his recent accomplishments on the field, I’d like to share some of his off-the-field accomplishments with you.

I give you, Julian Edelman: Smoothie King

Thank you, Jules. Thank you.

But this wasn’t his first public comedy venture. Edelman also took part in an impressive Reddit discussion back in November. Here are a few of the highlights from that Q&A session: 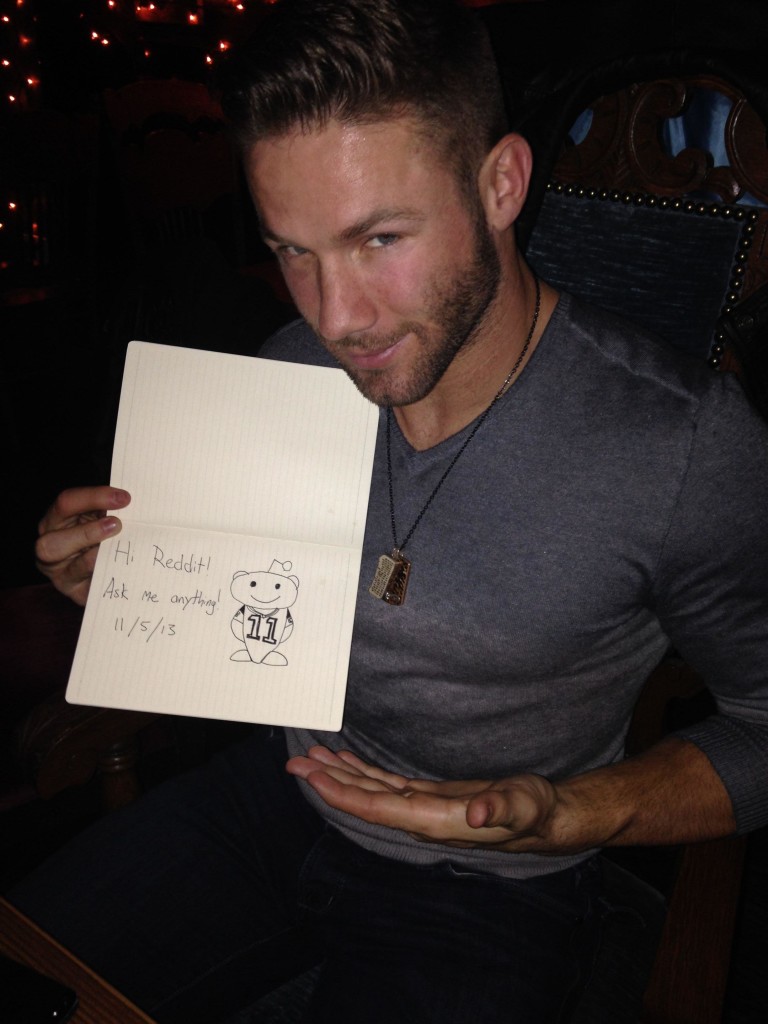 10 points for poking fun at Gronk.

So refreshing to see professional athletes interacting with their fans. Even better to see them show their fans that they’re real, quirky people.

Keep it up, Jules, on the field and on the internet.