Posted On January 16, 2014 By Ascher Robbins In Food and Drink For Men, Manzone

Alright dudes, listen up. If you’re older than a college freshman and not in a fraternity, then it’s time you man the hell up and stop drinking Keystone Light, Natty Ice, and PBR. Actually, let’s go a step past that: start having some damn class – no more Bud Light, Coors Light, or Corona either.

Get into microbrews, get into imports, and start acting like a cultured MAN instead of some frat dudebro who thinks drinking Corona is getting classy. It isn’t and it never will be.

BUT, just because you’re going classier with your brewskis does NOT mean you have to stop getting drunk. In fact, drinking classy beers makes that so much easier, and so much better-tasting. Why spend $8 on a sixer of Budweiser and that patented piss taste, when for the same price, you can get a bomber of something delicious, with an alcohol content to match all six bottles of generic beer? You shouldn’t.

I’m here to help get you started on this important transition. Here are five awesome beers with an alcohol content so high that you can drink classy AND get buzzed without spending a fortune. You’re welcome. Without further ado:

Ah. The Mission Brewery. One of my favorite craft breweries in the good ol’ United States of America. This excellent California brewery has a variety of beers that will knock your socks (and pants, underwear, inhibitions, etc) off – another favorite is the kickass Shipwrecked Double IPA – but when it comes to Boozin’ on a Budget, nothing gives you more taste, alcohol content, and satisfaction than the excellent Dark Seas. This Russian Imperial Stout is NOT for beginners. Coming in at 10.5% ABV, one Dark Seas is equivalent to about two-and-a-half of your precious Keystone Lights. If you’re used to drinking watered-down hops, the taste might put a little hair on your chest, too. Dark Seas has a rich, malty taste, with a lovely hoppy aftertaste too – it’s really the best of both worlds. Be advised, though: if you’re just beginning the transition to stronger beers, you might wanna tap the brakes before diving into this behemoth of a brew. 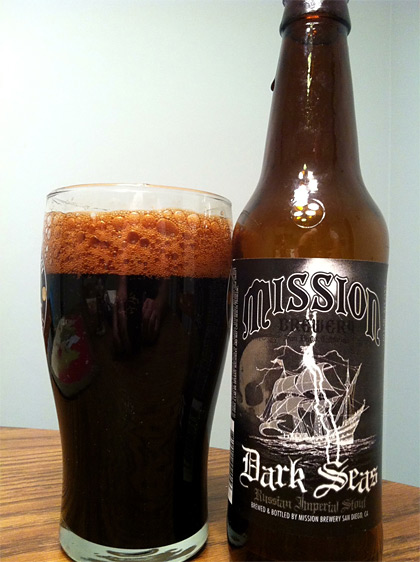 Nobody is going to question your manliness if you’re sippin’ on this beast.

A Coloradan through and through, I’m certainly not gonna make this list without giving some love to one of the many badass square-state breweries. While Avery, LeftHand, and the rest all deserve praise, one of my all-time favorites is Oskar Blues Brewery, and specifically, their fantastic Imperial Red IPA – the G’Knight. Like the name suggests, the G’Knight can put you to sleep in a hurry, with its smooth drinkability (remarkably smooth for such a strong IPA), and of course, its 8.7% ABV. This beer is certainly a better avenue for getting into stronger beers that starting with a thick stout; for someone who enjoys a standard IPA, the G’Knight should be the next logical step. Enjoy responsibly. 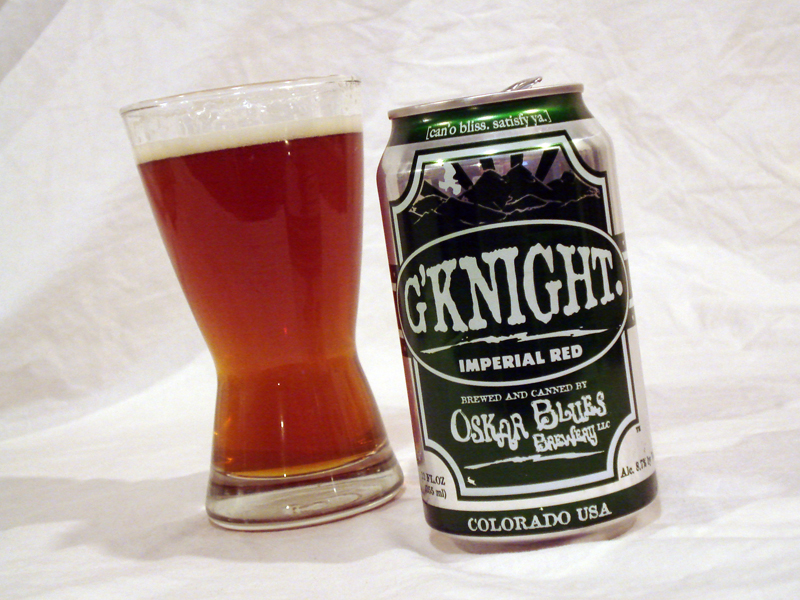 Time for bed? The G’Knight is an excellent sleep aid. (Not approved by the FDA, probably, but still).

Not everyone would likely associate Quebec, or French Canadians as a whole, with fantastic craft beer. Well, start making that association, because Unibroue is one of the premier microbreweries in the world right now. While nearly all of their brews are simply excellent, my personal favorite is the Trois Pistoles – french for Three Pistols. Weighing in above 9% ABV, the Trois Pistoles can certainly make an amateur beer connoisseur feel as though they have been shot several times, so the name is fitting. However, if you aren’t scared by a beer that comes on strong and makes no apologies, the Trois Pistoles is an excellent mixture of dark fruits, spices, maltiness, and JUST the right amount of hoppiness to make almost any beer snob happy. Even if you usually keep it American, you should break the cycle and try this fantastic import. To miss out on Trois Pistoles would be to do your palate a disservice. 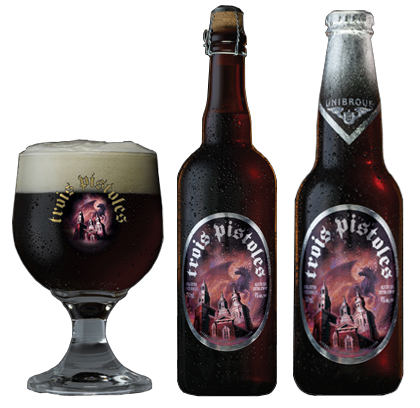 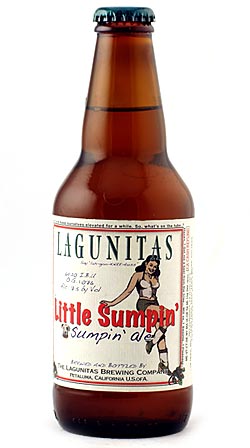 Deliciously mild, with a little kick.

And now, the GRANDADDY OF’EM ALL. I don’t know how to pronounce Brassierie Grain d’ Orge, nor am I going to embarrass myself trying. But what I do know is that this French brewery makes the most ass-kicking beer I have ever tried. “Belzebuth,” named for a mythical Demon we more commonly know as Beezelbub, brings with it an otherworldly punch, tipping the scales with a devilish 13% ABV. Yes, THIRTEEN. Now, you might expect this brew to be hell to drink (sorry, stopping with the puns), but as the French would say: au contraire. The Belzebuth, despite it’s obscene ABV, is utterly delicious, and not nearly as rough on an uninitiated palate as, say, the Trois Pistoles. I mean, make no mistake, it tastes boozy – but not in a bad way. The Belzebuth is a blond ale and acts like one, for the most part. If you are scared of maltiness, fear not: this beer ain’t that style, homie. But the Belzebuth isn’t too hoppy either – it just boasts its alcohol content proudly, and doesn’t try to hide what it is. For between $6 and $7 a bottle, you could enjoy this badass beer – which equates to just under four Bud Lights and tastes SO much better. 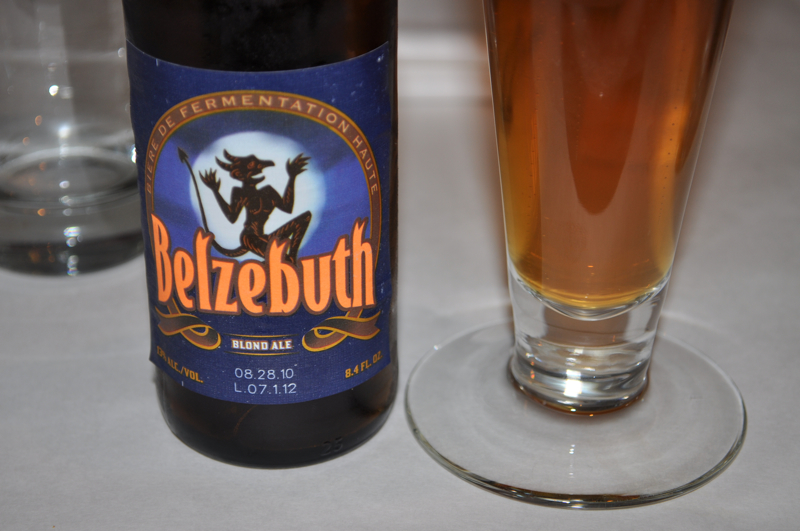 Get possessed by a Belzebuth.

Now, put down your watered-down, domestic, mass-brewed can of garbage, and spend a few extra bucks to get a REAL beer. You’ll be happier, or your money back.