Posted On January 15, 2014 By Ascher Robbins In Buzzworthy, Lifestyle, The Scene

If you’re reading this, hopefully you’re a child of the same era as I am. I was born in 1990. I am 23. And the following things make me nostalgic-as-hell for the good ol’ days of my youth. So, grab a box of Kleenex, turn on some Lit or Sugar Ray, sit on your bean-bag chair, and reminisce on the days when things were truly golden.

The appropriate music for viewing this article:

I don’t give one single fuck how mature and cultured you think you are now, NO amount of sophistication and maturity can prevent your more base instincts from wanting to head to your local elementary school gym, concrete wall, or garage door, and play the greatest game ever known to man: WALL BALL.

If your childhood did not include this game, seriously, just GTFO. It was a lot more popular for 90s boys than girls, but still, EVERYONE should know what this game is, what it meant to the youth of America, and why we should all miss it like hell. How many COUNTLESS days of the summer camps and lazy afternoons of your youth were gloriously spent playing a game that required the easiest equipment ever: a ball and a wall? Whether you played with kickballs, tennis balls, rubber balls, basketballs, volleyballs, or whatever else you and your friends could find, Wall Ball never failed to liven up a childhood gathering.

This game had all the best attributes: running, throwing shit as hard as possible, head-on collisions with concrete, and the indescribable joy of pelting your friends with a ball when they were too slow to touch the wall after bobbling the ball. Many honorable men were made on the Wall Ball court. And many good men were lost in the humiliation of defeat. It was truly the game of games.

I don’t know about you, but I think it’s a damn shame that Michelle Obama hasn’t used Wall Ball as the selling point of her childhood obesity campaign. It’s only the best childhood game of all time.

Blow your nose, read on, and then call up some friends for a good ol’ game of Wall Ball! 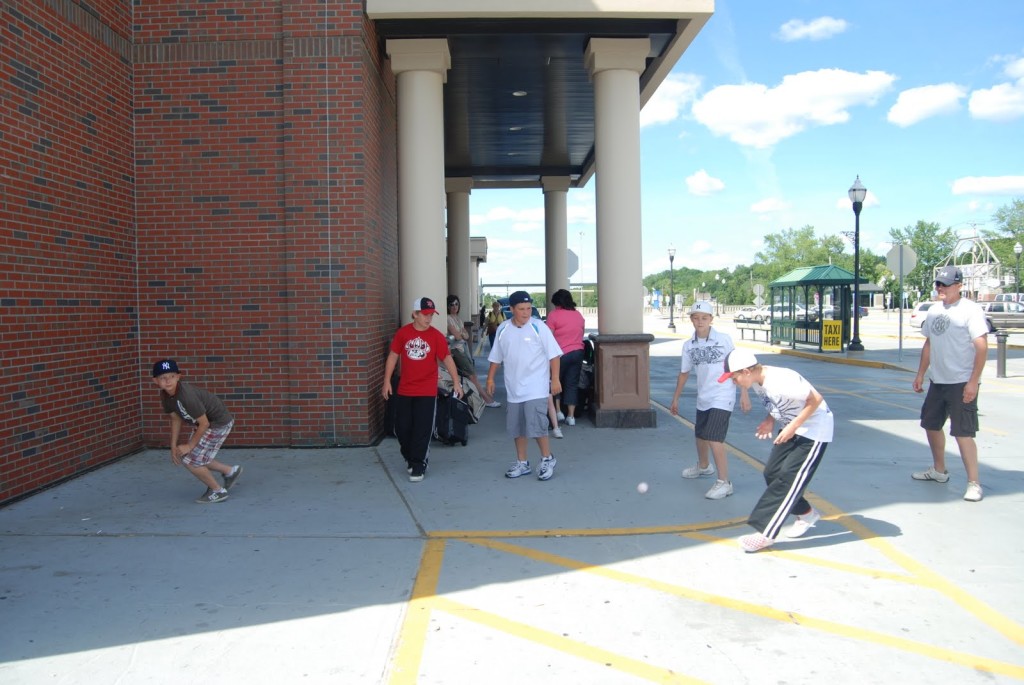 SO MANY FEELS. Take me back to the Wall Ball arena.

In quite possibly the most important example of human innovation in the 1990s – the internet sucks – Doritos did something WAY more groundbreaking and freaking AWESOME than some lame-ass partnership with Taco Bell: They made everyone’s favorite childhood chips (no offense, Pringles, we love you too) THREE FREAKING DIMENSIONAL!

I hope all of you had the experience, no, the privilege of trying Jalapeno Cheddar Doritos in 3D, hollow, pyramid form. It was bliss. Not only was the flavor better (It was, I don’t care what logic says) but the experience of eating Doritos was enhanced tenfold. What was possibly cooler than eating chips that looked NOTHING like chips? Nothing, that’s what.

But then, in the early 2000s, Doritos did the worst thing ever – they discontinued fun and happiness. With the death of the 3D Dorito came the death of all 90s kids’ innocence. Think hard on the moment you realized you finally had to grow up…got it? I guarantee you that hard, dark realization coincided with Doritos killing the 3D bags of joy.

So, keep crying into your Doritos Locos Tacos, until someone decides to fill the gaping hole in the 3D, air-filled chip market. Could you be that somebody? Please? 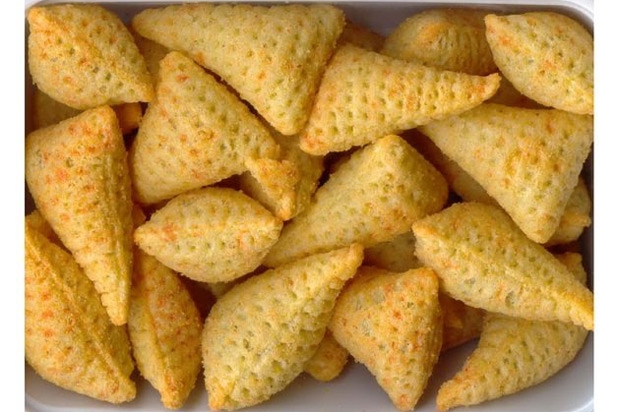 SO MUCH COOLER than stupid, boring, flat chips.

Ok, maybe not the last one. But you know what we DID have? Boomboxes! You might think your new iPhone or iPod touch is dope as hell now, but really, in a lot of ways, new technology sucks balls. These days, you can be in a room full of people and have every person listening to their own music on their stupid iPod or phone. More often than not, said people are texting away too, paying zero attention to what could be a social situation. You know what was perfect for social situations? You guessed it: BOOMBOXES! One decent boombox could turn your most-dull childhood afternoon into THIS in seconds.

Now, really ask yourself this: what is more fun, listening to the latest shit EDM DJ on your iPhone, or singing the fuck along to “Fat Lip” or “All the Small Things” or “Tubthumping” with 50 of your 10-year-old BFFs?!

You know the correct answer and so do I. #Bringbacktheboombox 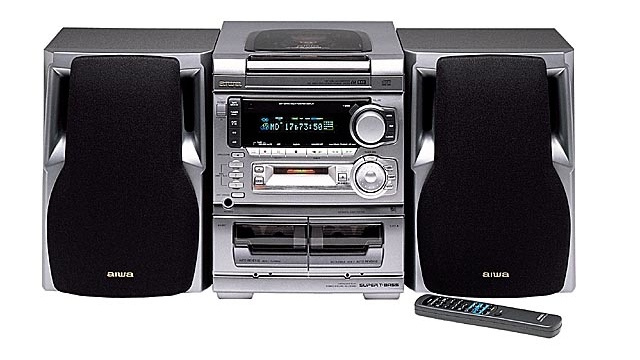 WARNING: This product may cause dance parties and spontaneous fun.

Okay, so I tweeted this yesterday and it got me thinking…this is something ANY ’90s kid can relate to, even if it was a more recent phenomenon than most of the things on this list. And sadly, it’s just as much a product of a bygone era. I consider being 13 years old a pretty significant time in my childhood, a time that can be referred to as the Myspace Period.

Not everyone may know it now, but there was a time when Facebook was a DISTANT second place to Myspace in the Social Networking Race. Accordingly, there was no better way to find out more about your friends, crushes, and peers alike than their jazzy, pimped-out, over-the-top Myspace profiles.

And while you could find out a LOT about people based on their prestigious Top 8s and tagged photos (was tagging even a thing then?), there was NO better way to stalk the shit out of your crush, looking to glean that key morsel of info that you could use to make them fall for you, than the mighty, deeply-personal Myspace Survey.

Whether posted directly on one’s Myspace profile for every visitor to see, or as a “note,” posted to all of a Myspacer’s friends, the Survey was one shining window into the inner-workings of the guy or girl behind the Myspace profile you stalked on the reg (hey, we’ve all been there, no shame).

With the advent of Facebook, surveys slowly and surely died out over the course of the next few years. It was a damned shame. Now, to get to know your crush, you have to actually talk to them. I pity the kids born on this side of the Millennium. It can’t be an easy world to live in. 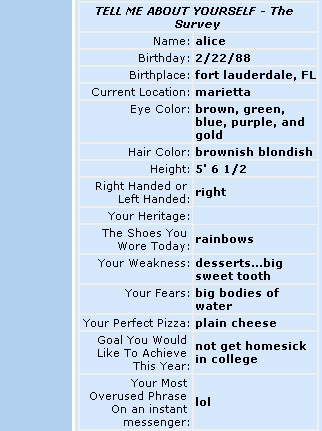 Myspace Surveys: Only the important questions that REALLY mattered.

While Wall Ball was the best ACTIVE game of all time, Zap was the best PASSIVE game ever invented. It’s also the most straightforward game of all time. To play Zap, all you did was have someone write “ZAP” and a time of day on the back of your hand. Then, your friend/enemy/associate/person you lost a bet to would write the name of an opposite-sex classmate on the inside of your hand. THEN the wheels were in motion.

To “win” Zap, all you had to do was not look at the name on the inside of your hand until the pre-ordained time scribbled on the back of your hand had passed. If you FAILED to wait, and we all know we weren’t the most patient individuals at ten years old, you had to do the unthinkable: ASK THE PERSON ON THE PALM OF YOUR HAND OUT. Although, then again, maybe the “losers” were the real winners, because some of them probably scored a date with little Stacey from third hour P.E.

In the era of cooties (not THAT kind, even if THAT is nostalgia in and of itself) and fear of the opposite gender, no game was responsible for more awkward first girlfriends, first kisses, and incidental vomit than the black magic of ZAP. A moment of silence, please. 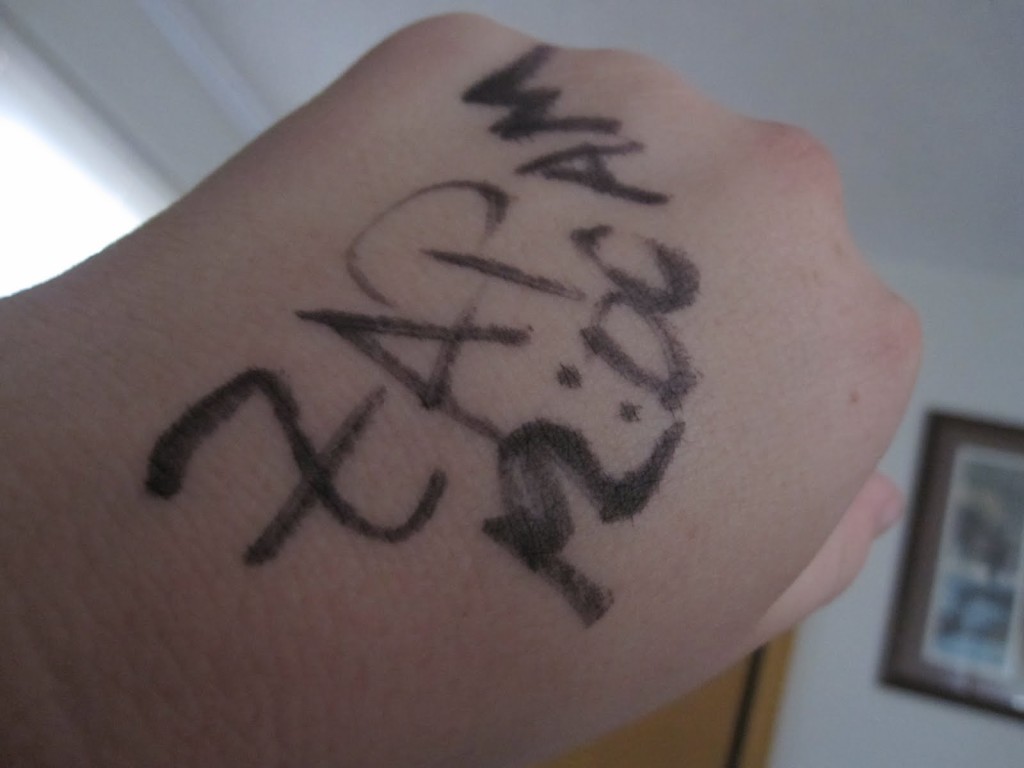 So there you have it ’90s kids. Hope that wasn’t too painful. Just remember, you can still recapture your youth. Go grab some 3D Doritos and play a game of Wall Ball. Then, grab your boombox, ask out your crush, and have a Myspace Survey party with all your besties. I guarantee you you’ll feel better in no time.