Posted On December 31, 2013 By John O'Neill In Lifestyle, Miscellaneous

9 Books and Their Great Beginnings

You’ve got something great to tell the world. A novel, a poem, a short story. The words will be worth millions. There will be readership, a New York Times bestseller. Then a movie, and then viewership,and theme parks at Disney World. You sit down to smack some keys. Your mind goes blank. You don’t know where to begin. You get up. You decide to make dinner instead.

Every great story must have a great beginning. I sat down to a couple of national and international classics to see how their writers decided to open things up. Enjoy the first few words and their great beginnings. 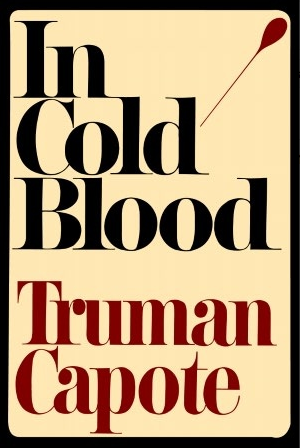 The village of Holcomb stands on the high wheat plains of western Kansas, a lonesome area that other Kansans call “out there.” Some seventy miles east of the Colorado border, the countryside, with its hard blue skies and desert-clear air, has an atmosphere that is rather more Far West and Middle West. The local accent is barbed with a prairie twang, a ranch0-hand nasalness, and the men, many of them, wear narrow frontier trousers, Stetsons, and high-heeled boots with pointed toes. The land is flat, and the views are awesomely extensive; horses, herds of cattle, a white cluster of grain elevators rising as gracefully as the Greek Temples are visible long before a traveler reaches them.

I scowl with frustration at myself in the mirror. Damn my hair – it just won’t behave, and damn Katherine Kavanagh for being ill and subjecting me to this ordeal. I should be studying for my final exams, which are next week, yet here I am trying to brush my hair into submission. I must not sleep with it wet. I must not sleep with it wet. Reciting this mantra several times, I attempt, once more, to bring it under control with the brush. I roll my eyes in exasperation and gaze at the pale, brown-haired girl with blue eyes too big for her face staring back at me, and give up. My only option is to restrain my wayward hair in a ponytail and hope that I look semi-presentable.

The Catcher in the Rye –  J.D. Salinger

If you really want to hear about it, the first thing you’ll probably want to know is where I was born, and what my lousy childhood was like, and how my parents were occupied and all before they had me, and all that David Copperfield kind of crab, but I don’t feel like going into it, if you want to know the truth. In the first place, that stuff bores me, and in the second place, my parents would have about two hemorrhages apiece if I told anythingpretty personal about them. They’re quire touchy about anything like that, especially my father. They’re nice and all – I’m not saying that – but they’re also touchy as hell. 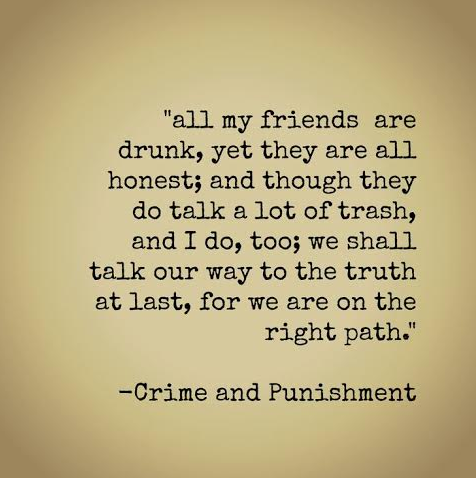 On an exceptionally hot evening early in July a young man came out of the garret in which he lodged in S. Place and walked slowly, as though in hesitation, towards K. Bridge. He had successfully avoided his landlady on the staircase. His garret was under the roof of a high, five-stored house, and was more like a cupboard than a room. The landlady, who provided him with garret, dinners, and attendance, lived on the floor below, and every time he went out he was obliged to pass her kitchen, the door of which invariably stood open. And each time he passed, the young man had a sick, frightened feeling, which made him scowl and feel ashamed. He was hopelessly in debt to his landlady, and was afraid of meeting her.

To Kill a Mockingbird – Harper Lee

When he was nearly thirteen, my brother Jem got his arm badly broken at the elbow. When it healed and Jem’s fears of never being able to play football were assuaged, he was seldom self-conscious about his injury. His left arm was somewhat shorter than his right; when he stood or walked, the back of his hand was at right angles to his body, his thumb parallel to his thigh. He couldn’t have cared less, so long as he could pass and punt.

In my younger and more vulnerable years my father gave me some advice that I’ve been turning over in my mind ever since.

“Whenever you feel like criticizing anyone,” he told me, “just remember that all the people in this world haven’t had the advantages that you’ve had”

He didn’t say any more, but we’ve always been unusually communicative in a reserved way, and I understood that he meant a great deal more than that. In consequence, I’m inclined to reserve all judgements, a habit that has opened up many curious natures to me and also made me the victim of not a few veteran bores.

Mr. and Mrs. Dursley, of number four, Privet Drive, were proud to say that they were perfectly normal, thank you very much. THey were the last people you’d expect to be involved in anything strange or mysterious, because they just didn’t hold with such nonsense.

Where the Wild Things Are – Maurice Sendak

The night Max wore his wolf suit and made mischief of one kind …  and another … his mother called him “WILD THING!” and Max said, “I’LL EAT YOU UP!” so he was sent to bed without eating anything.

The Cat in the Hat – Dr. Seuss

The sun did not shine.

It was too wet to play.

So we sat in the house

all that cold, cold, wet day.

I sat there with Sally.

We sat there, we two.

We had something to do!”

John O'Neill is a writer for Writtalin. He keeps his nose in the news. He is a big fan of pretty sunset pictures and crisp words. Don't tell him, show him. Firm believer in dinner and drinks. Journalist, athlete. You can email John at: johno@writtalin.com

An Open Letter to My Friend Who Lost a Parent

20 Ways to Prepare for and Survive Shoulder Surgery, or any Surgery (and make the most of your time off)